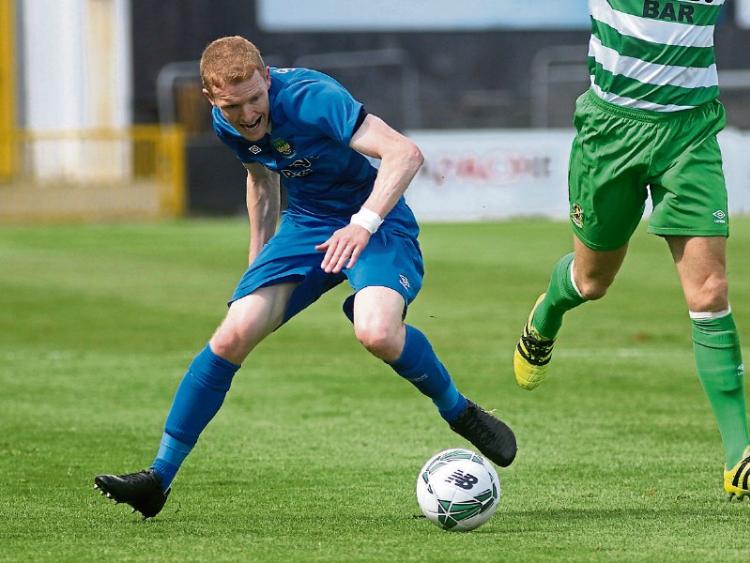 A few years ago, this tie would have been seen by many as a potential title decider, but such is the current gulf between the teams the only real question of note after the game was whether or not the home side are on an inevitable slide out of the Premier League, or can they rally themselves in the second half of their season and build once again into the force they have been inside the past decade.

The game itself was one that never reached any great heights. It was low key and pedestrian and the superiority of Saints against a youthful Celtic was never in doubt. The visitors had the bulk of the possession as Celtic sat very deep, and had already had a number of chances go close before they opened the scoring in the 13 minute when Johnny Kennedy headed home a Shane Ryan cross.

A lot of Saints play was a little sloppy with many crosses were being over hit and dead ball chances being spurned, but they were never troubled in defence and went to the break in the lead.

The second half continued in the same vein and Saints finally put the game to bed when David Slattery rose well to make it 2-0 20 minutes from time, from a Shane Ryan cross. John O’Brien hit narrowly over the bar in the final minute but the result was never in doubt and Saints cruised to the three  points in a welcome break from Cup football ahead of forthcoming games in Newmarket and Birr.