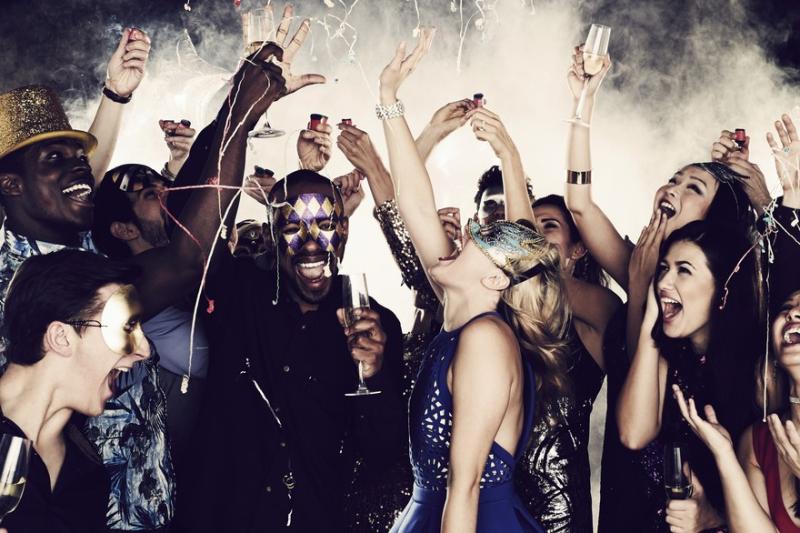 Hayes Hotel Big Band Bash presents The Riptide Movement on Saturday August 19th with support from amazing local bands Seskin Lane and Jester. Bands start at 9pm followed by DJ Darren in Club Icon and DJ Martin Maher in HHCLUB. A night not to be missed. Early bird tickets €10 or €15 on the night. Tickets on sale from Hayes hotel or call 0504-22122. Free BBQ food on the night.

The Blizzards and Jerry Fish for Nenagh Festival
Mullingar's favourite sons The Blizzards alongside former Emotional Fish frontman Jerry Fish have been unveiled as joint headliners of Lily's Happy Days Festival in Nenagh this August 19th - 20th. Set over two days, the growing line up features two of the country's top live acts as well as local band 1710 and Nenagh singer songwriter James McGrath. Early bird tickets are on sale until August 1st and cost €20 for one day, €35 for two day pass and €40 for two day pass plus camping. Event is strictly over 18's.

Riptide Movement play Nenagh Eire Og Race Day
Nenagh Éire Óg will host a club race day at Tipperary Racecourse on Friday, August 11th. The event promises to be an excellent day's entertainment and the club are encouraging all members, supporters and players to attend. On the day there will be finger food followed by music by The Riptide Movement. The first race gets underway at 5.30pm and the last race takes place at 8.30pm. Tickets (priced at €25) can be purchased from Derek Lillis (086 861 4863) or Eddie Sheary (087 204 4053).

Saddle up for country jamboree
Toomevara GAA presents Nathan Carter, Patrick Feeney Country Singer, Louise Morrissey Singer and The Conquerors at Naas Racecourse on August 6th for what promises to be a day and night to remember. Tickets €27.50 from www.tickets.ie. Concert 5 - 10pm.

Tipperary Colour Run
On Friday, August 11th Tipperary Racecourse will host a one furlong (200m) 'Colour Fun Run' which aims to raise much-needed funds for Pieta House and the Circle of Friends Cancer Support Centre. Participants can collect sponsorship cards from Tipperary Racecourse, Pieta House, Circle of Friends Cancer Support Centre in Tipperary Town or by registering online on tippcolourrun.com. Participants can also email info@tipperaryraces.ie or call 062 51357 to request a sponsorship card. The first race goes off at 5.20pm on Friday, August 11th. Gates will open two hours before the first race. The Tipperary Colour Run will take place after the last race at 8.30pm followed by live music with Riptide Movement from 9pm.

Miss Macra Festival
This Week-end from Friday 4th to Monday 7th August. Friday Night will take place in Coffey's of Stouke from 9.3Opm. Music by Paudie Coen and local Musicians. Entrance fee €5. All proceeds from the Door will be donated to Séan and Helen Gleeson Trust Fund. On Saturday there is Cabaret in the Dome Semple Stadium. Doors 7.3O p.m. Tickets €15 Sunday, Gala Banquet in the Anner Hotel followed by Silver Dollar Band and D.J. Tickets €50. Contact Donnacha (Festival Chairperson) on 085-7771859

‘Against The Odds' screening
Nicolas Ryan Purcell's award winning documentary will be shown in Damer House, Roscrea on Thursday, 3th August from 19.30pm to 21.30pm

Tea Dance
In Drombane Hall this Friday 4th August. Music by Catriona from 9.30 to 12.30. All are welcome.