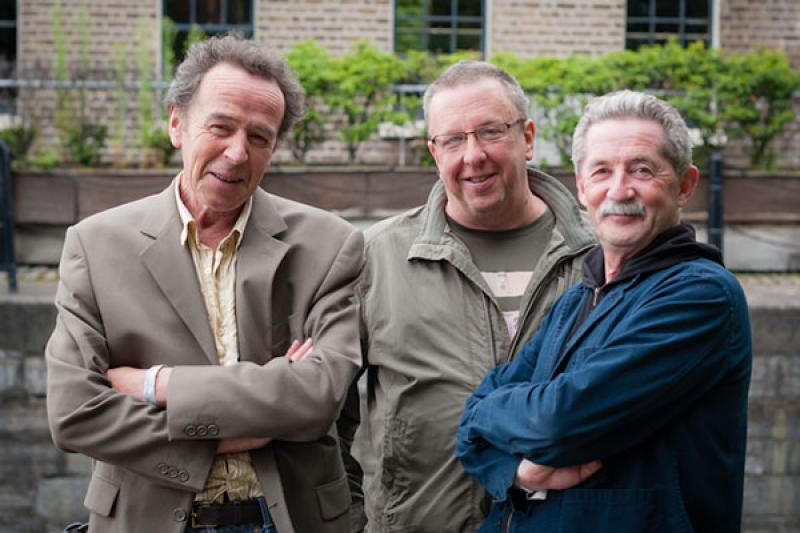 Scullion grew from the chance meeting in the late seventies, of its two main founders, Philip King and Sonny Condell and Robbie Overson. As a band they started rehearsing and writing in a small apartment above a chip shop in Dún Laoghaire, County Dublin, which eventually followed with regular appearances at various Dublin haunts.

Condell is the creative core and inspiration for the band and he continues to invent and innovate writing music and songs that are powerful, poetic, soulful and joyful. He is one of Ireland’s most enduring creative artists and with Overson and King creates the signature sound that is Scullion.

Scullion’s back pages include the anthems, ‘Down In the City’; ‘Eyelids into Snow’; The Actor; and ‘John the Baptist’. Recent Scullion performances have sold out quickly, confirming their status as one of the best Irish bands ever.

During Scullion rest periods the trio keep busy: Kingwith his film and radio work, “Bringing it all back home, ” “Other voices,” for TV and “the South wind Blows” his much loved radio series on RTE Radio One, and countless musical documentaries films. Condell continues with his solo work and songwriting, and goes on tour from time to time with Tir Na nOG, his great collaboration with Leo O’Kelly. During his rest periods with Scullion, Overson has played with Sean Keane, Eleanor Shanley, Karan Casey and Mary Black.

After a series of successful appearances and performances in 2017, Scullion play their first 2018 show in Ireland in Clonmel on Thursday 18 January and it promises to be the return that has long been anticipated ahead of some new recordings and special shows being planned throughout Ireland for 2018. 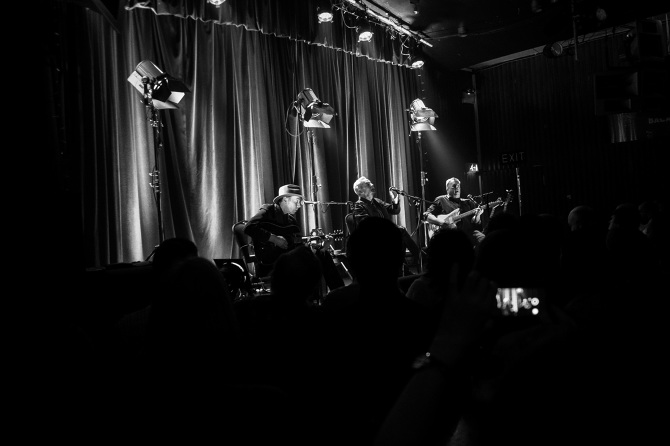 “The band never stopped, we just have some periods of intense rest. Philip is a successful filmmaker and broadcaster and produces Other Voices and I have my own band and recording career, Robbie plays music the world over, so we come together when the time is right for us,” explains Condell.

Doors for the gig will open at 8pm, and the music will commence at 9pm. Tickets for this great gig are on sale now, and are available online at www.clonmelworldmusic.com, also in Marians Bookshop. O’Connell St. Clonmel, from South Tipperary Arts Centre, Nelson Street Clonmel, or from Gerry Lawless on 086 3389619.