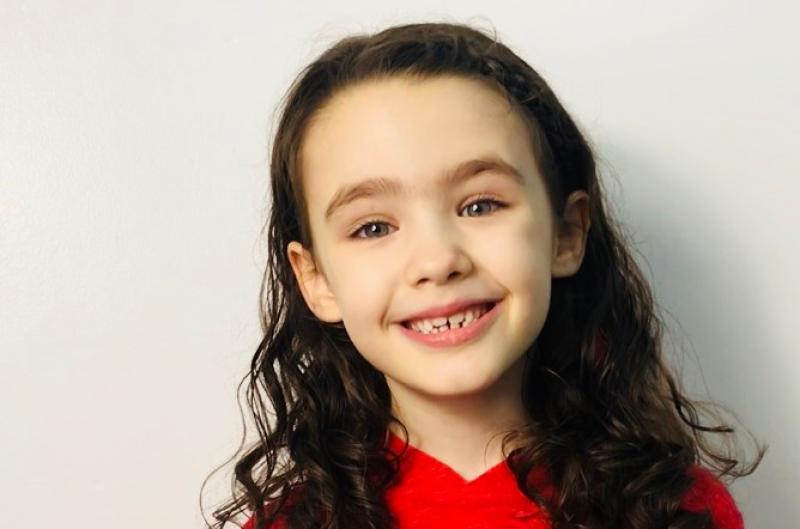 Eight year old Clara secured her role after a talent agent spotted a video of her performing Tomorrow from the musical Annie last year in her native New York. After signing with talent agency CESD, she was sent on a number of auditions which led to her nabbing her latest role in the hit TV series.

Madam Secretary explores the life Elizabeth McCord (played by Leoni) as the determined United States Secretary of State and has featured a stellar list of guest stars since airing in 2014 including Hilary Clinton, Colin Powell and Madeline Albright.

Impending danger and a race against time to save hostages. SUNDAY at 10/9c. #MadamSecretary pic.twitter.com/esnZFRIsQP

Clara's link to Tipperary is through her dad Eoin Stack who was born and raised in Nenagh. The family are now based in New York where Clara and her twin sister Maggie are active in their local theatre, study ballet and often perform at their church.

The girls caught the performing bug from their mum Amanda who was a professional singer and actress and told the Tipperary Star that the twins love practising their Tipperary accent in their New York home.

"Friends and family have been very supportive. And they are excited about this role since it will air in Ireland as well which means a lot to Clara as she and her twin sister are both so proud of their Irish heritage. In fact, they love putting on the accent at home and are working on perfecting the Nenagh accent," she said.

The twins have both appeared in productions of Annie, The Wizard of Oz, Fiddler on the Roof and are currently starring in The Music Man with Unity Stage in Queens. Clara's sister Maggie has also appeared in short film, The Woods, which premiered at the Brooklyn Horror Film Fest last summer and recently filmed a commercial for Sennheiser.

Although mum Amanda can't reveal the exact role her daughter plays in the drama, she said Clara did get to spend time with lead actress Leoni on set.

"She had an amazing time. Everyone was very kind and helpful for her TV debut. She had to be extremely patient as her role required almost three hours in the makeup chair, though I can’t say why until it airs. We did have a chance to meet Tea Leoni while in the hair and makeup room and she was lovely and even shared some pastries with Clara and Maggie who was on set with us that day."

Clara will appear in episode 14, Season 5 of Madam Secretary (Something Better).