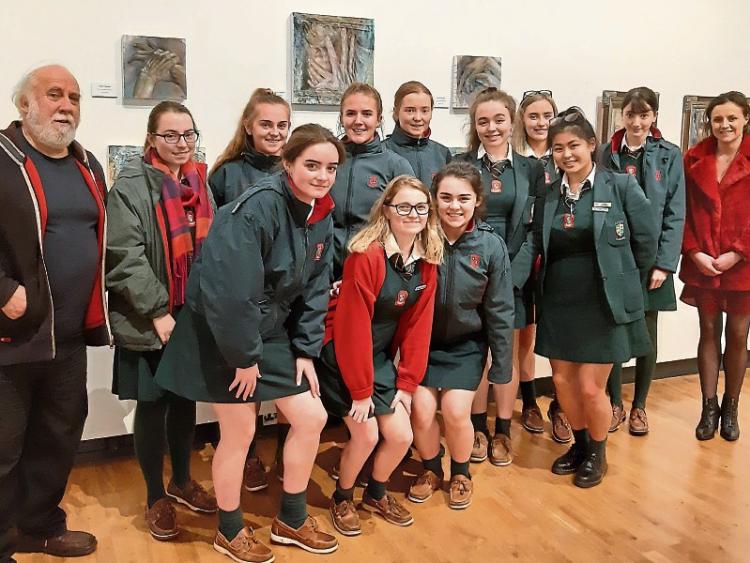 Students from the Loreto Secondary school, Clonmel took part in a sketching masterclass with internationally-renowned artist John Keating at the launch of his exhibition at the Tipperary Museum

John was born in Upper Gladstone Street, Clonmel and was instrumental, along with Maureen Purcell, in setting up STAG, South Tipperary Art Group, in the 1960s.

When speaking at the launch of the exhibition, titled Heads Hands Life Fragments Still Life, he spoke affectionately about his teacher, the late Margaret (Moggie) Condon, who he said gave him the skills and encouragement to create experimental artworks with a limited palette.

With over 25 awards received from Ireland, Italy, Monaco, USA, China and the United Kingdom, John is most proud of his Gold Medal of Honour of Olympic Fine Art 2012, London. 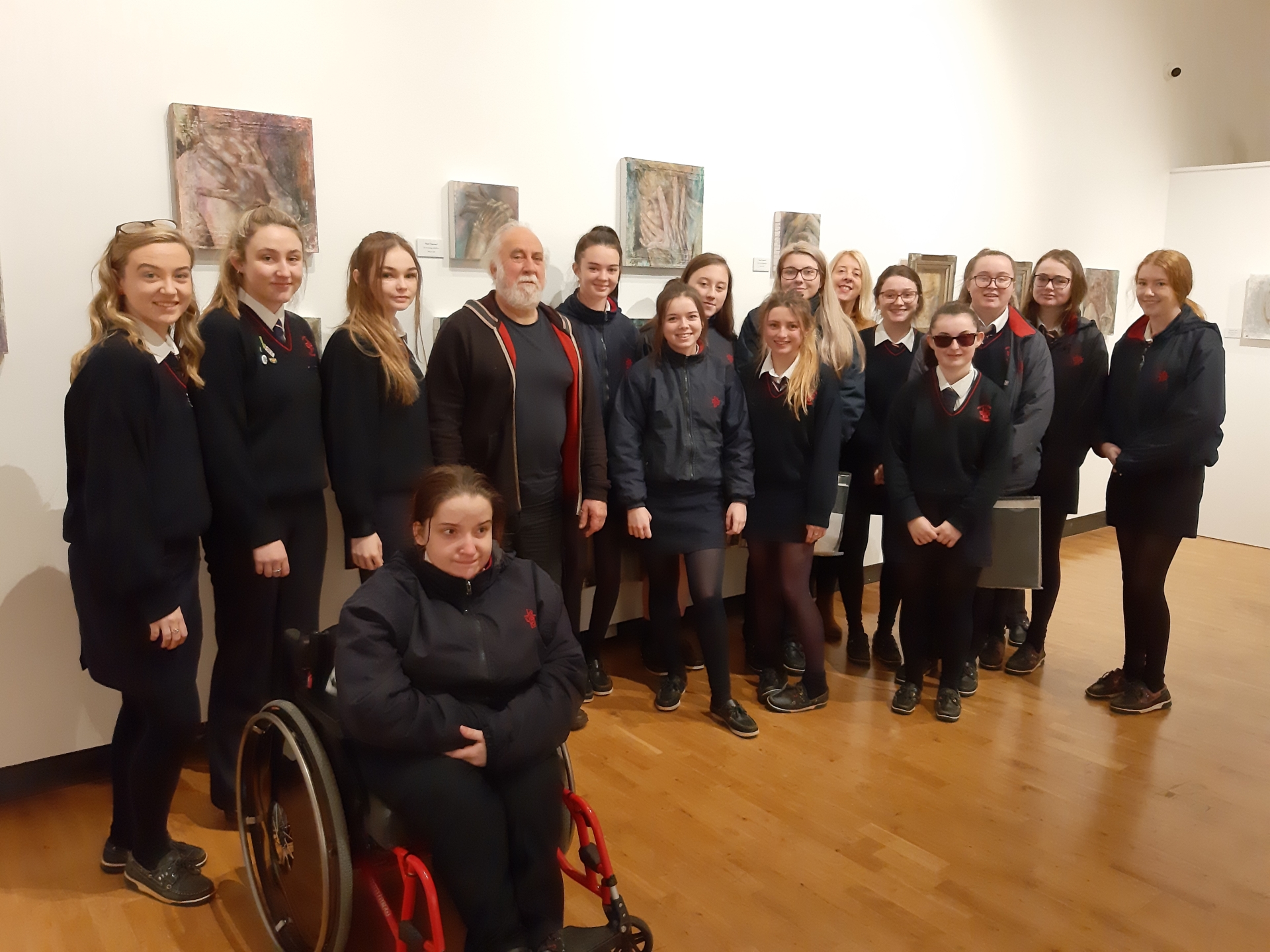 Above - Students from the Presentation Secondary school, Clonmel who took part in a sketching masterclass with internationally-renowned artist John Keating at the launch of his exhibition at the Tipperary Museum in Clonmel

In association with the exhibition, Julia Walsh coordinated a painting masterclass workshop with John Keating at the museum.

The exhibition is running until February 28, and admission to the museum is free.

The museum may be contacted for donations, workshops, talks or project proposals via museum@tipperarycoco.ie or call 076-1065252.