The Boys were Back in Town in the early 1970s 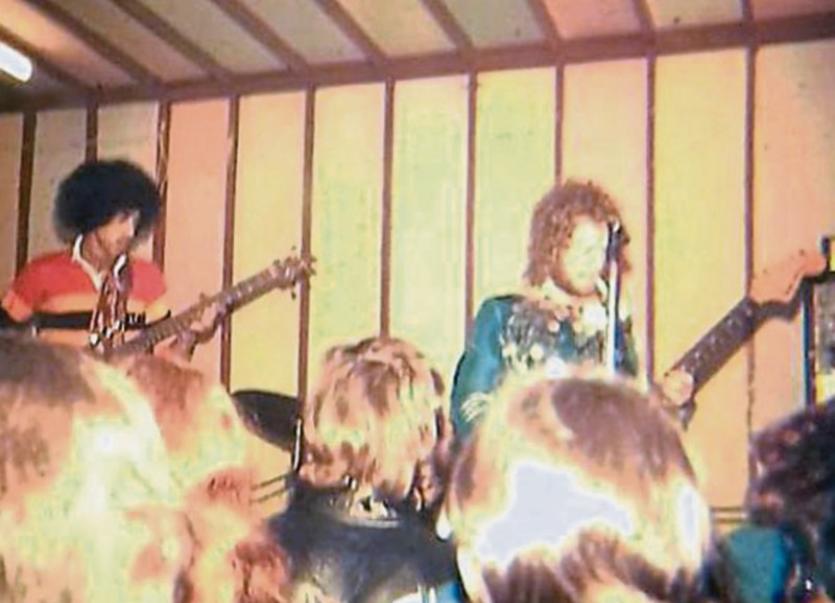 The performances by Thin Lizzy in Clonmel in the early 1970s have gone down in folklore in a town that has hosted many bands who either went on to become famous internationally or were well established by the time they appeared in the town.

They include acts as diverse as U2, The Chieftains, Steeleye Span, The Corrs, Horslips, Boyzone and The Boomtown Rats.

Anecdotally, the gigs played by Thin Lizzy in the 70s have always occupied a special place in the affections of Clonmelians of a certain generation who were present to witness two performance by a band riding the crest of the wave of their initial success, thanks to their breakthrough hit Whiskey in The Jar.

The band played shows in 1972 and the following year in The Caroline Ballroom (now the site of The Venue) in Upper Gladstone Street, Clonmel.

Memories of those gigs have been revived recently on the Facebook page Our Clonmel Memories in a post by Anthony Grace, with many others sharing their fond recollections of the night.

The above photo was supplied by Bernard Doyle and shows frontman, the late Phil Lynott, and Eric Bell performing to an appreciative audience.

Lynott was a bona fide superstar and his life ended all too soon when he died in 1986 aged just 36.

Thin Lizzy, of course, went on to achieve worldwide stardom, thanks to a string of chart-topping albums such as Jailbreak, Live and Dangerous and Black Rose, and hit singles including The Boys are Back in Town, Waiting for an Alibi, Dancing in The Moonlight and Sarah.

And for all who were present at their shows in Clonmel, they were occasions they will never forget.