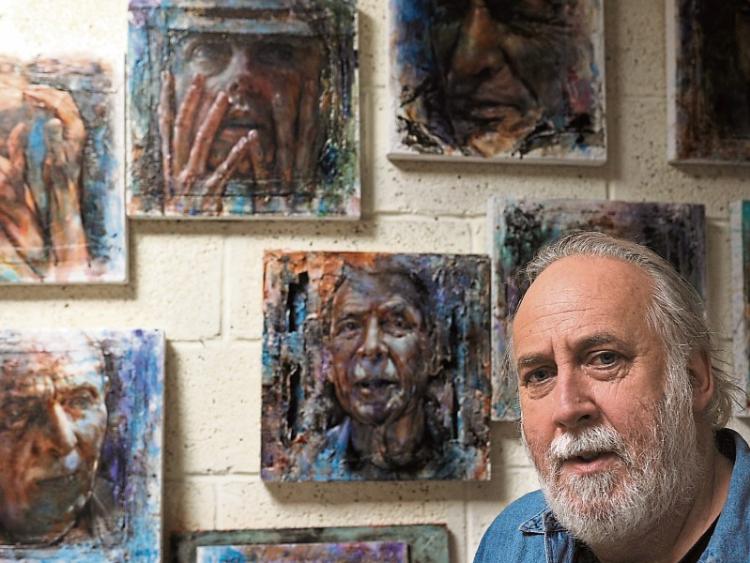 In the first of these, the Clonmel-born artist has been honoured with an invitation to participate in a prestigious exhibition in Bologna at the end of next month.

The Premio Nazionale d’Arte opens on October 31 and continues for three weeks.

The exhibition will take place in Bologna’s historical centre in Due Uno Due Spazi Espositivi, and its theme is L’Idea di Bellezzza - the Eclipses Project.

It will be presented in collaboration with UNESCO, Bologna and Udine.

Despite restrictions on travel imposed by Covid-19, John is hoping to attend the opening.

He has also been invited to celebrate the 70th anniversary of the death of Cesare Pavese, the foremost Italian poet of the 20th century, in an exhibition with eight other artists at an exhibition that opens in mid November at the Libreria Bocca in Milan.

Each artist has been commissioned to create a piece based on lines from Pavese’s poem Verra La Morte (death will come).

John has also been invited by the Libreria Bocca to feature in its national and international 2021 Artist Diary towards the end of next year.

Libreria Bocca Milan is celebrated as the oldest bookstore in Italy and is housed in Milan’s iconic Galleria Vittorio Emanuele II.

John Keating attended the Arts Students League of New York as a Fulbright scholar and his work has received international acclaim.

He has exhibited with world-renowned artists including Lucien Freud, Giacomo Manzu, Rainer Fetting and Hermann Albert.

He has received more than 25 awards, including a Gold Medal of Honour at the Olympic Fine Art in London in 2012.