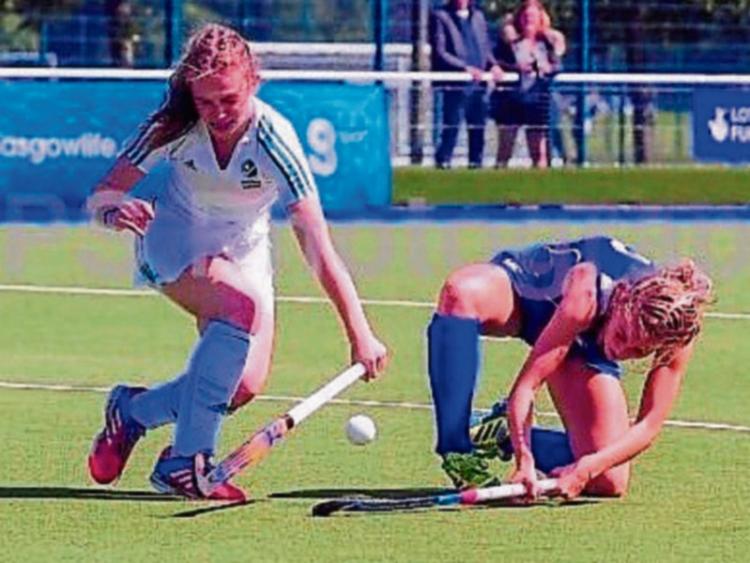 Caoimhe Perdue from Cashel in action against Scotland

Well done to Caoimhe Perdue from Cashel (in action above) who played on the Irish U18 hockey team at a three-match tournament in Scotland from July 7 to 9.

The team are heading to Barcelona later this month as Ireland participate in a 6 Nations tournament.