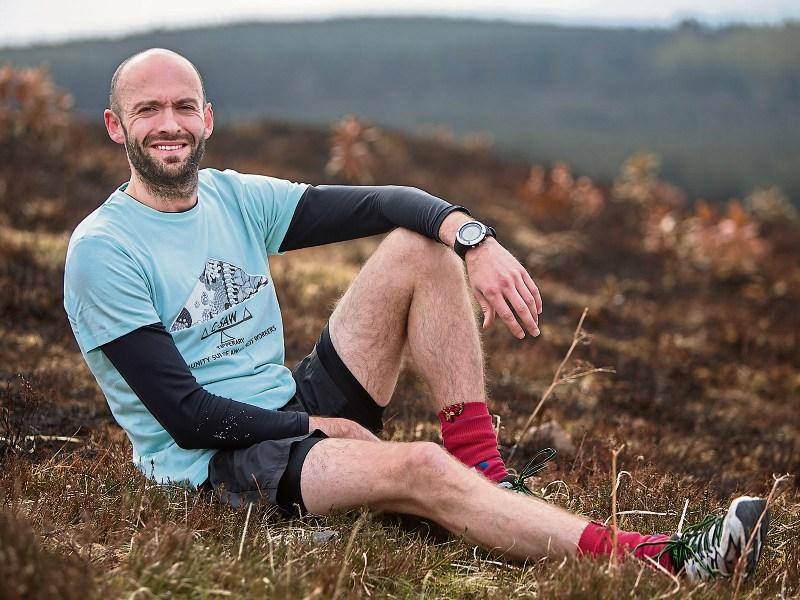 A Clonmel man has taken on an Everest-like challenge to raise funds for a good cause.

Liam O'Reilly is nearing the end of what is, in his own words, "a self-devised programme of pain" to raise funds for and create awareness of what he says is "the brilliant work" carried out by C-SAW, the Community Suicide Awareness Workers in South Tipperary.

Starting on April 3, Liam has run from his home in Prior Park to the Holy Year Cross overlooking the town on the foothills of the Comeragh mountains every day for 30 consecutive days.

The challenge is being undertaken on a series of routes that are between 10 and 12 kilometres in length and over 1,000 feet in ascent, which means that by the time he completes his last run next Monday May 2 he will have run, uphill, a distance higher than Everest, the world's highest peak.

"I woke up one morning recently and everything hurt and my ribs even hurt from running downhill", says Liam, a teacher at Clonmel CTI.

However he says that the recent good weather has been a big help, even if finding the time to complete the daily run, which takes between 55 minutes and an hour, poses its own difficulties.

"I've run up to The Cross at least four times in the dark, at 8.30 at night", says Liam. A keen runner, he has several adventure races and the Achill Island Marathon under his belt, although he says that his latest challenge is "a good way to lose friends and alienate people!"

Liam says the death of a colleague, who was also a friend, by suicide just over a year ago inspired him to respond in a positive way to the tragedy. He said that C-SAW came on his radar while he was playing guitar with local band The Waheys at a charity ball.

"C-SAW are providing services free of charge at their headquarters at William Street in Clonmel that aren't being provided through other structures", he says.

These services include professional counselling and as somebody who deals on a daily basis with teenagers - who he says often have a lot going on in their lives - he's interested in liaising with the group.

Money is being raised for his run through a fundraising page on idonate.ie while his teaching colleagues are pledging donations on a sponsorship card in the staff room.

The students have also been helping with the collection and when the school community returns after the Bank Holiday weekend Liam is organising a trek from the school to The Cross to mark the end of his challenge, which he has called April Fool Run following a chat with his young nephew about April Fool's Day.

He will continue fundraising during May and one of the final events will be a quiz at Liam Daly's at either the end of the month or the beginning of June.

All of his runs are being logged online and, using a GoPro camera, he plans to upload videos on YouTube of the different routes he takes to The Cross, which he says will help to highlight and promote the scenic beauty of the area.

Anyone who wishes to contact C-SAW at their Clonmel headquarters may do so by ringing 052-6172477.