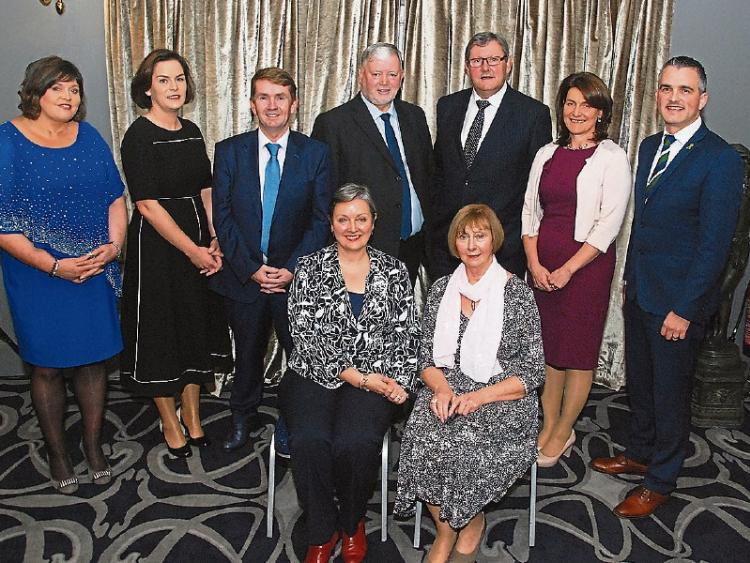 A crowd of over 100 Fine Gael members and friends from the Templemore, Thurles and Roscrea area descended upon Racket Hall in Roscrea on Thursday evening last for the second in a series of five hustings in the party’s process of selecting its candidates for the next general election.

Each of the seven election hopefuls addressed the meeting in turn before the meeting was opened to the floor for a questions and answers session.

The main topics which emerged during this audience interaction were housing affordability, rural crime, youth support, accessibility of health services, how Tipperary can better position itself to attract investment and employment and the forthcoming referendum on the 8th amendment to the Irish Constitution.

The guest moderator of the evening’s debate was Marcella Corcoran Kennedy T.D., who commended each of the seven candidates on their addresses and commitment to the selection campaign. She also spoke of how she has enjoyed representing the people of the North Tipperary as well as Offaly in Dáil Éireann and of her disappointment that this will come to an end after the next election when voters in the Lower Ormond area will cast their ballots in the re-drawn five-seat Tipperary constituency. The seven prospective candidates are Garret Ahearn, Noel Coonan, Cllr. Michael Fitzgerald, Cllr. Mary Hanna Hourigan, Shelagh Marshall, Cllr. Michael Murphy and Mary Newman.

The next of the hustings will take place in Tipperary Town on Thursday, November 9th and this will be followed by debates in Nenagh on November 23rd and Clonmel on December 4th.

The party’s general election candidates are expected to be selected early in 2018.