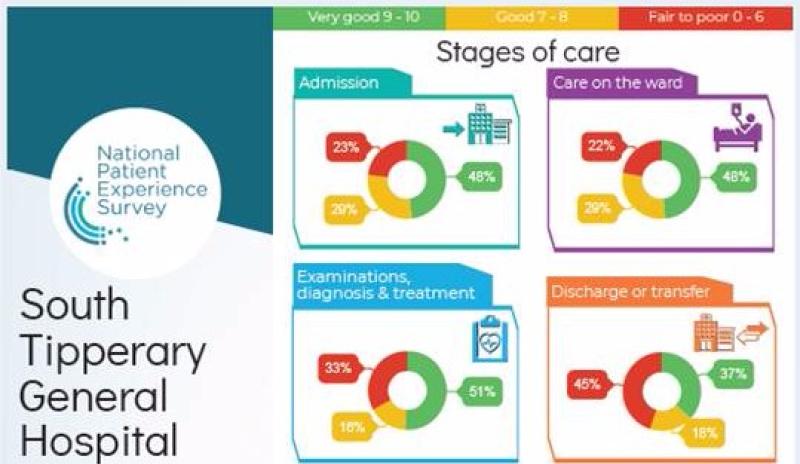 The results of the first ever National Patient Experience Survey have been launched today, Monday 11th December, in Dublin by An Taoiseach Leo Varadkar TD and Minister for Health Simon Harris TD.

The survey, which took place during the month of May, gave almost 27,000 patients discharged from a public acute hospitals across Ireland the opportunity to describe their experiences in hospital. It is the largest single survey of the healthcare system in Ireland and received an exceptional 51% response rate.

In South Tipperary General Hospital 52% of 575 eligible patients took part, 50% male and 50% female. 81% entered hospital on an emergency basis and the average age of those surveyed was 64.

In the stages of care part of the survey 48% found their admission to hospital a very good experience and the same percentage found the level of care on the ward to be the same.

86% of people surveyed said that they were told beforehand how they could expect to feel after they had their operation or procedure which reflects positively on the hospital.

52% of people said they were not always able to find someone on the hospital staff to talk to about their worries and fears which is an area that the hospital needs to improve.