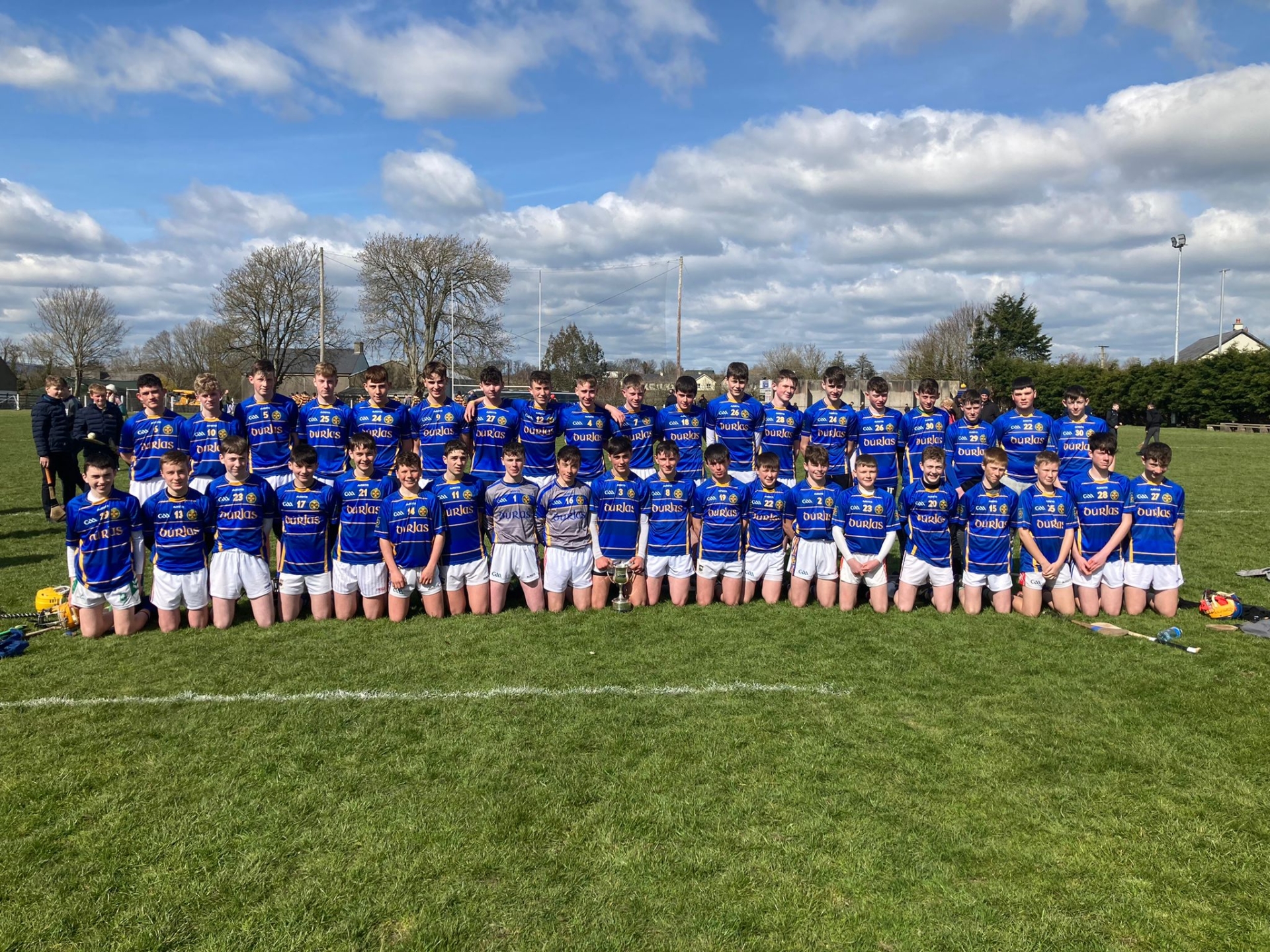 Our under 15 boys won the Munster A hurling title for a record 10th time on Friday in Goatenbridge against De La Salle College in Waterford.

There may be a new name on the cup Corn Aodh Uí Dhudha, for the past few years, but this competition is always known in the school as it has for the past number of decades as the White Cup.

Friday’s win puts us one ahead of St Flannans of Ennis on the role of honour.

There were excellent performances all over the park with a huge team effort.

Twenty players played their part on the day with a huge panel effort from all 44 players.

A number of boys were, unfortunately, absent, but their effort all year was just as important as any of the boys today.

Thanks to Mr Murphy for coming along and taking care of First Aid for the boys. Captain Keelan Dunne led by example over the past number of weeks and again today and got to accept the cup from Fintan O’Connor of Munster PPS and Tipperary U20 selector.

Well done to all the boys on a great win that was truly deserved after the two years of training they put into it, even last year when no games were played.

ICMSA has called for the next round of Co-op milk price announcements to reach a base price of 50 cents per litre.

Roscrea raises over €2,000 for Ukraine

This adds to the €1,100 plus raised the weekend before for St Vincent de Paul through a book sale too
ADVERTISEMENT - CONTINUE READING BELOW