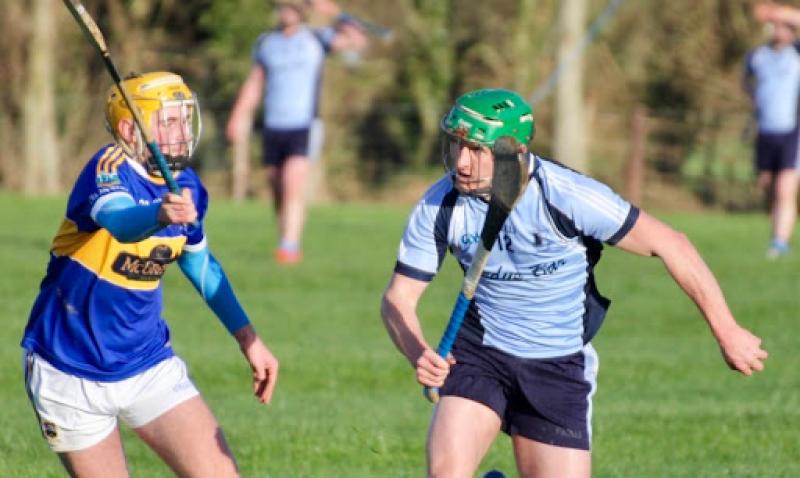 Holycross Ballycahill produced a clinical second half performance to claim a place in the FBD Insurance Junior A County Final for the second year in succession after beating a battling Nenagh Éire Óg team in the semi-final in Dolla early this afternoon.

The weather played a big part in the game with Nenagh taking a fairly substantial lead playing with the gale in the first half, which was aided in part by some really poor shooting from Holycross as they registered ten wides in the opening 30 as Nenagh led 0-10 to 0-4 with Niall Madden and Donnacha Quinn doing damage for the town team.

Unfortunately for Nenagh, the conditions worsened massively for the second half, with the wind increasing in strength but the Holycross shooting improved dramatically as they drew level before the second half water break with Jack Dwan really impressing in that period.

A long range free from Ewan Bourke led to a big moment for Holycross as the dropping ball in the square ricocheted off of Jamie Lee Dwan to give Holycross a 1-13 to 0-13 lead in the 53rd minute gave Holycross a big lead in the conditions and further scores in the final minutes of normal time from both Dwan's gave them a healthy eight point lead.

But Nenagh didn't give up and a penalty won by Hugh Moloney was expertly dispatched into the top corner before Kian O'Farrell netted from close range after a nice pick-out by Alex Jones to reduce it to two points, and in a grand stand finish, Nenagh assaulted the Holycross goal but couldn't find the winner as the Mid champions booked their place in the final.

'Brave' transfers to the new TUS campus in Clonmel

“COP26 will provide an opportunity, in a public way, to renew our care for God’s creation which is an integral part of our Christian vocation” – Bishop Hayes
ADVERTISEMENT - CONTINUE READING BELOW