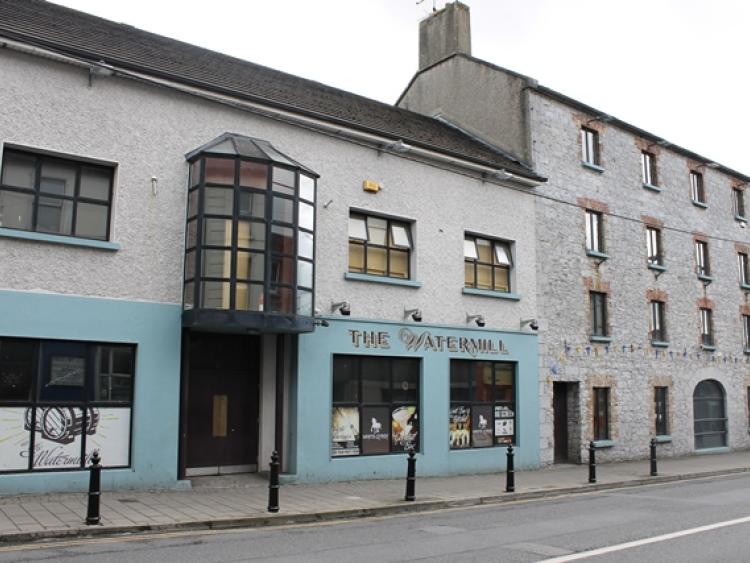 This extensive property was once upon a time in operation as O’Mearas Mineral Water manufacturing plant and later traded as Stakelum's Hardware store before that family business purchased the Old Mart site at Railway road. Their premises on the Mall went up for sale and was purchased by a member of the Dwan family so once again the building was back in the “drinks business”. Bill Dwan, grandson of the founder Wm J. Dwan of mineral water fame set up what was named the Brewery Stores and later the Watermill which it is known as today.
In recent years the property was leased and operated successfully until the recession took its toll on several high quality entertainment venues.
So now the property is on the market through Broderick’s Auctioneers with a price tag of €350,000 which is a small price for its size and of course Molly’s Bar still has a full 7 day licence.
Taking its prominent location – just off Liberty Square into account creates several options for a large retail outlet with extensive street frontage and window display en route from Liberty Square to Dunnes Shopping Centre. Also, the new town car park is adjoining the yard at the rear which would be a major boost for the new owners.
Over €50,000 was spent on the re-structuring of the lounge, bar, restaurant, kitchens and nightclub. At this stage some internal areas will require attention but nothing major to get the place functioning again.
P.J. Broderick and Co. are handling the sale and viewing is by appointment. Please telephone 0504 22811 to arrange a viewing.