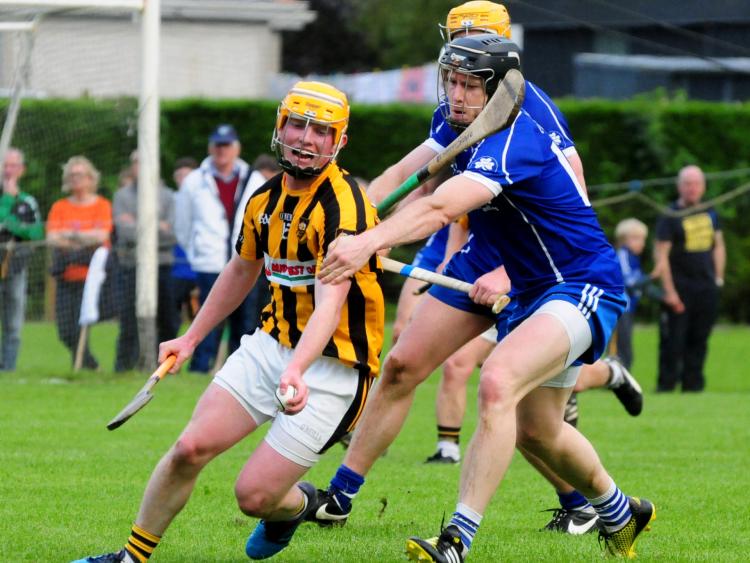 The club championships in Tipperary are set to step up a gear this weekend as the draws are now known for the preliminary quarter-final and quarter-final stages of both the intermediate and senior hurling championships. The sides involved in the respective relegation series also have their work neatly carved out for them while there are also plenty of highlights to look forward on the divisional scene.

The draw was made for the quarter-finals of the Tipperary Water County Senior Hurling Championship on Monday evening - the last eight clashes are scheduled to take place on the week-ending Sunday, September 17th. And, Thurles Sarsfields, the defending county champions, have been drawn against Kilruane MacDonagh’s while Drom & Inch will face Clonoulty-Rossmore, Éire Óg Annacarty will meet Mullinahone and Loughmore-Castleiney will take on the winners of this weekend’s preliminary quarter-final clash (Borris-Ileigh v Carrick Swans).

It is extraordinary to note that if Borris-Ileigh beat Carrick Swans then each of the quarter-finalists will face an opponent whom they have already encountered during the group stage of this year's championship - no provision was made to avoid repeat pairings at the quarter-final stage of the competition.

There is little respite for Borris-Ileigh and Carrick Swans - the sides won their respective divisional championships last weekend, but have been drawn against one another in the preliminary quarter-finals of the Tipperary Water County Senior Hurling Championship. The game will take place on Sunday, September 10th in Leahy Park, Cashel at 3.30pm.

On Saturday evening Borris-Ileigh returned to the top of the hurling pile in North Tipperary when Johnny Kelly’s men walloped Nenagh Éire Óg (2-19 to 0-18) at MacDonagh Park, Nenagh in the senior divisional decider. Meanwhile Carrick Swans beat Killenaule 1-13 to 0-14 at Fethard in the South final - that result necessitated a preliminary quarter-final against a second placed Roinn I team. And, Borris-Ileigh came out of the hat on Monday evening.

As a result of their victory in the South final Carrick Swans also dodged a potential drop to Roinn II meaning that two from Ballina, Burgess and Kiladangan will face demotion this year.

Incidentally, the draw for the senior football championship preliminary quarter-finals and the quarter-finals will be made on Monday, September 11th.

The quarter-finals of the Tipperary Water County Senior Hurling Séamus Ó Riain Cup will attract plenty of attention on Sunday, September 10th - the finalists here are automatically promoted to Roinn I of the county senior hurling championship.

MacDonagh Park, Nenagh hosts a double header on Sunday next. At 1.30pm Toomevara face Silvermines with the Greyhounds fancied to prevail. Denis Kelly’s men saw off the challenge of Newport, Ballingarry and Roscrea to get this far and also beat the ‘Mines comprehensively in the North championship (3-18 to 0-15). Silvermines also lost out Templederry in the county championship, but a 0-27 to 3-12 victory over Moycarkey-Borris suggests that the ‘Mines might be coming good under John Fitzgerald at an opportune time of the year.

At 3pm in Nenagh the Templederry Kenyons face Roscrea in what is likely to be an entertaining affair. Roscrea finished second to Toomevara in their group while Templederry impressively saw off the challenge of Silvermines and Moycarkey-Borris. The Kenyons also impressed in their run to the semi-finals of the North Tipperary Senior Hurling Championship and were only caught at the death by eventual champions Borris-Ileigh at the semi-final stage (0-20 to 2-16). Eoin Brislane’s Templederry will be expected to beat Roscrea in this contest, but Ger Fitzpatrick has some lively forwards to call upon and Roscrea could well catch fire here.

At 5.30pm in MacDonagh Park, Cloughjordan JK Bracken’s and Lorrha-Dorrha meet with a place in the semi-finals up for grabs. JK Bracken’s were beaten reasonably heavily by Upperchurch-Drombane in the Mid championship (twelve points), but saw off Borrisokane and drew with Clonakenny to reach this stage of the competition. Meanwhile Ken Hogan’s Lorrha beat Knockavilla Kickhams in a high-scoring affair (3-20 to 2-20) having previously lost to Holycross-Ballycahill (2-18 to 3-26). You would fancy John Lillis to guide JK Bracken’s through this test.

Meanwhile at The Ragg Holycross-Ballycahill take on Clonakenny (5.30pm) - Michael Ferncombe’s men will be widely fancied to progress having already registered a sixteen-point win over Knockavilla Kickhams and an eleven-point win over Lorrha. Holycross did lose to Thurles Sarsfields in the semi-finals of the Mid championship (0-20 to 1-34), but it is hard to see Clonakenny winning this one following their disappointing display against Loughmore-Castleiney (0-4 to 0-27). Still though Clonakenny did earn themselves a draw with JK Bracken’s and beat Borrisokane to reach this stage of the competition.

The relegation play-offs from the Séamus Ó Riain Cup are also scheduled to start on Sunday, September 10th - the format here is a round robin with two to go down. Moycarkey-Borris take on Borrisokane in Toomevara at 3.30pm while Knockavilla-Donaskeigh Kickhams face Ballingarry in Leahy Park, Cashel at 5pm. In the second round on Sunday, September 17th Ballingarry face Moycarkey-Borris and Borrisokane meet Knockavilla Kickhams.

In Mid Tipperary on Saturday, September 9th Littleton (throw-in 5.30pm) will host the eagerly-anticipated Gleeson Quarries-sponsored senior football championship final clash between Loughmore-Castleiney and Upperchurch-Drombane. Loughmore, the defending divisional and county champions, are safely through to the knock-out stages of the county championship, but Upperchurch need to win on Saturday to force their way back into contention. In the semi-finals Upperchurch-Drombane accounted for Drom & Inch (1-14 to 1-12) while Loughmore-Castleiney proved too strong for JK Bracken’s (2-17 to 1-11).

Another highlight in Mid Tipperary this weekend are the Thurles Credit Union-sponsored minor A and B hurling championship finals which are scheduled to take place on Saturday, September 9th at Templemore - in the A decider Holycross-Ballycahill face Moycarkey-Borris (3pm) and in the B final Drom & Inch take on Moyne Templetuohy-Thurles Gaels (1.30pm).

The Tipperary Co-Op West Tipperary Senior Hurling Championship final will occupy the minds of Éire Óg Annacarty and Clonoulty-Rossmore this weekend - the sides meet in their respective divisional decider on Sunday, September 10th in Golden at 3pm. Considering their form and victory over Clonoulty-Rossmore earlier this year Éire Óg Annacarty will be favoured to edge this one, but Clonoulty will not relinquish their crown easily.

In the South division the O'Sullivan Insurances Minor A Hurling Championship final between Moyle Rovers and St Mary's Clonmel is sure to attract a crowd to Cahir (5.30pm) on Saturday, September 9th while on Sunday in Fethard at 5pm Moyle Rovers and Killenaule meet in their replayed Clonmel Oil Senior Football Championship semi-final (Clonmel Commercials await the winner in the divisional decider).

The preliminary quarter-final fixtures are as follows. On Saturday, September 9th Ballinahinch face Cashel King Cormacs in Holycross (4pm), Kilsheelan-Kilcash take on Carrick Davins in Monroe (5pm), Gortnahoe will host the meeting of Moyne-Templetuohy and Thurles Sarsfields (5pm) and Moneygall face Kiladangan in Cloughjordan at 5.30pm. On Sunday Drom & Inch play Gortnahoe-Glengoole in Templetuohy at 3.30pm while on Wednesday, September 13th Moyle Rovers will be in action against St Mary's Clonmel in Dr Morris Park (7.30pm).

In terms of relegation from the intermediate grade Roscrea applied to be voluntarily relegated and this request was granted by the CCC. And, since Cashel King Cormacs and Gortnahoe-Glengoole won their respective divisional championships just three teams remain in the relegation play-offs with the bottom side relegated following a round robin series of games. The opening round in this series of games to determine who gets relegated from the intermediate grade takes place on Sunday in Dundrum (12 noon) when Boherlahan-Dualla meet Galtee Rovers-St Pecaun. In the second round Galtee Rovers face Lattin-Cullen Gaels and in round three Lattin-Cullen Gaels meet Boherlahan-Dualla.