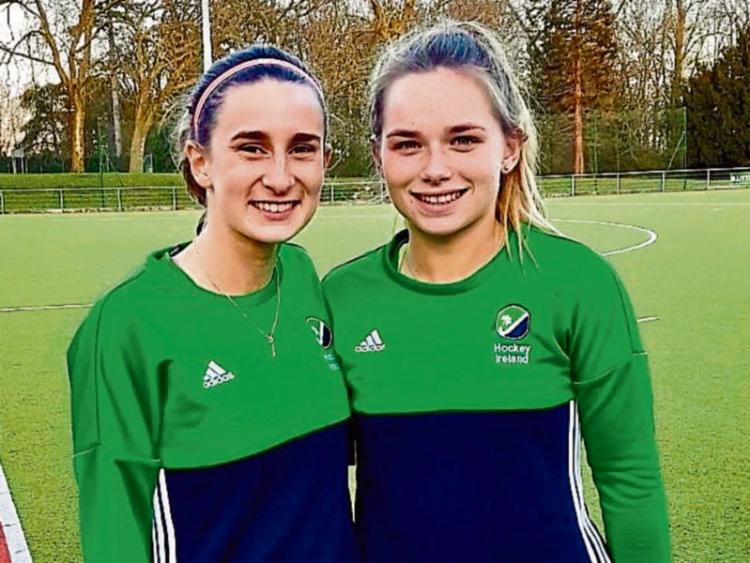 Munster representatives on the Irish U18 hockey team, Amy Buttimer and Caoimhe Perdue

A young Tipperary lady has had the honour of captaining Ireland on the international sporting stage!

The Irish U18 Hockey team headed to France over the Easter weekend to play a three day series against France – on the panel was Cashel girl Caoimhe Perdue.

Caoimhe was captain of the winning team for one of their victorious games.

This tournament was a preparation for the team as they prepare for the U18 European Championships in Santander in Spain in July.

There were two Munster representatives on the panel that travelled, Amy Buttimer from Clonakilty and Caoimhe Perdue from Cashel.

Caoimhe captained the team for the first match. The Irish girls won their three matches and will travel to Brussels next month for another challenge.