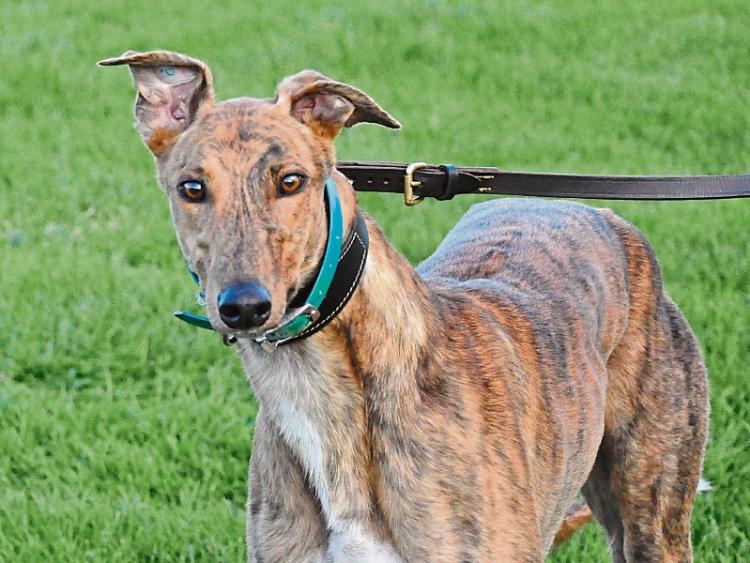 Lenson Bocko, trained by Graham Holland in Golden, is the odds-on favourite to win the Boylesports Irish Greyhound Derby Final at Shelbourne Park on Saturday night

Mucky Brae, who has won three of his five Derby starts, is one of two representatives for Golden trainer Graham Holland, along with bookies’ favourite Lenson Bocko. Bocko has won his last three starts in the Derby and is set to leave the traps an odds-on shot.

Several thousand spectators are expected inside Shelbourne Park Greyhound Stadium for the finale of a competition that boasts an overall prize fund of €300,000.

Representing connections of Run Happy at the traditional pre-Derby final lunch in Dublin, Jimmy Buckley, brother of trainer Pat, said “There won’t be a child washed for at least a week if Run Happy wins on Saturday! It’s fantastic for owner Tom Quinn and connections, they come over every year from the US. It’s wonderful to be involved with a Derby finalist.”

Mucky Brae’s owner, Mike Bandurak, stated “We’re just very pleased to be there. We were lucky enough to be here in 2017, the butterflies are starting to form again. He was bought on his finishing times, but he’s now running out the traps really quickly and is a real stayer.”

Member of the Lochead-Ponder-Whelan syndicate, owners of Lenson Bocko, Graham Bocko, said “Whatever he did this year was a bonus because of his age, he’s very young. The dream started but we never expected it to get to this. Hopefully this will be our year. The dream is on.”