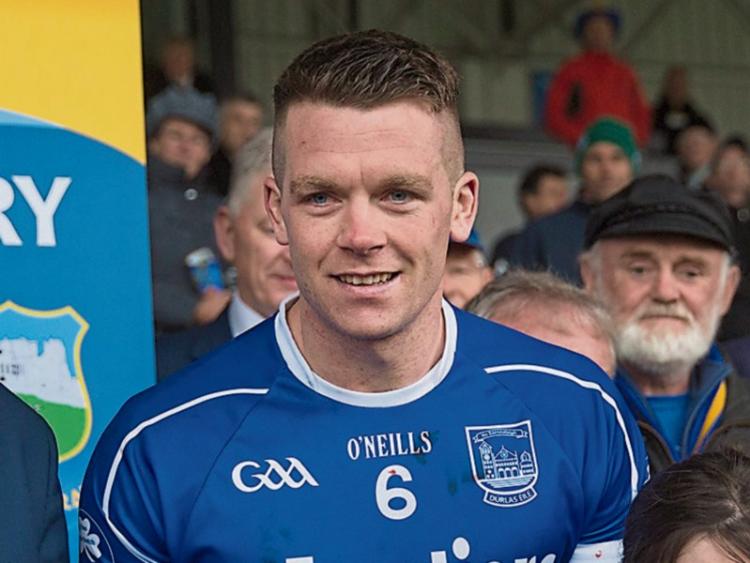 Padraic Maher will be hoping to help Thurles Sarsfield defeat Loughmore/Castleiney in this evening's game at Semple Stadium. The throw-in is at 7pm

The upheaval visited upon our world by Covid-19 is likely to have long term consequences that will only gradually become apparent. As with other aspects of life the GAA has had to embrace changes that in normal circumstances would be deemed unthinkable. Such is the new normal we hear so much about.

Unwittingly, perhaps, some of these adjustments may well become permanent features of life in the future when, hopefully, Covid will be referenced only as an item of history, like the so-called Spanish flu of 1918.

I’m thinking, for example, of the live streaming of local games. This wasn’t on anyone’s agenda pre-Covid but necessity is the mother of invention and the solution in a crisis may well become a staple of future coverage of games. Why not? It will never replace the live experience of being present at a match but isn’t it a great substitute for those who, for various reasons, are unable to attend.

For the GAA there’s the prospect here of tapping into a broader audience to spread the gospel of the games. The promotional value is obvious. With careful handling there’s a new money stream as well to compensate for any loss of gate receipts. It’s mostly a win-win situation for the association.

The major enforced change to the system, of course, is the restructuring of our club championships. In this instance Covid has done to Tipperary what countless legislators failed to achieve in the past: broken the connection between divisional and county championships in senior and intermediate. This is groundbreaking.

In the past any time this idea was mooted divisional interests would gang up and the proposal get knocked. The divisions have a clear vested interest in keeping their local competitions at the centre of things, so the county championships always had to wait on the divisions before proceeding. Not this time, and it will be very interesting to see if the process will be carried forward into the future – a silver lining to this pandemic cloud, perhaps.

On this division versus county debate I have divided loyalties. I come from a divisional background, the very byline to this column has division at its core, but that association with the west is counterbalanced by an acknowledgment of the bigger picture. The smooth running of county championships requires a freedom from divisional ties.

Tipperary is a big county and the divisions are a throwback to a different era when travel was difficult and it made sense to organise locally. It probably still does for some competitions where local rivalries are still part of the culture. But for big-ticket games like senior hurling the case for an all-county structure is watertight at this stage.

The other major change for club players this year is a shortened, more truncated campaign. Might this - or a version of it - become the template for the future? My sense is that players are so far enjoying this structure, so once again Covid might just be doing us a favour.

The pre-Covid championship structure here in Tipperary was so flawed it bordered on the farcical in some aspects. Let’s just remind ourselves of the routine. Club players start training sometime in January or early February ahead of county leagues.

There’s an initial burst of enthusiasm after the winter break and numbers at training peak. Then gradually there’s a falling off. The weather is ugly, the effort draining and the games programme ahead is so uncertain.

All the time the club is being drained of finance, paying managers, coaches/trainers, physios etc. for a season that’s going to stretch out over many months – nine perhaps. The county league games commence, they’re low-key, unexciting and the county players aren’t involved. The team plods along until April when they have a build-up for one championship game. Then the whole establishment goes into a type of lockdown for about four months.

Here managers agonise about how best to keep the team ticking over. Do you shut down for so many weeks or somehow in a low-key way try to keep the engine ticking over? Players want to go on holidays but you’re unsure about games. There’s the odd league game thrown in to complete schedules, or maybe a divisional game, but mostly the side is in a type of suspended animation during this lull in activity. It’s effectively hibernation in mid- season and leaves everyone frustrated.

Eventually teams try to reach some sort of peak for a resumption of activity in late August or September. If you’ve lost your match in April then another defeat here and your season is effectively over.

It’s a mishmash of a season that satisfies no one. In an ideal world what players want is a well defined season where you start training, have a gradual build-up with league games included, then you hit the championship trail where you have an unbroken run of games and then it’s over. It’s all done and dusted in three or four months for most teams.

This year’s championship may have swung to the other extreme of being too short but somehow I can’t see a return to the old format in a post-Covid world. Covid-19 is a really nasty virus but it may just provide an antidote to some of the GAA’s dafter practices.

Meanwhile hurling activity resumes this coming weekend with a crucial programme of games, which could be decisive for several teams. First round losers face a type of last chance saloon here and with the trapdoor of relegation lurking we can surely expect huge effort in all matches.

In group 1 Drom-Inch are in pole position after their opening victory over Roscrea but overall it looks a very even section with everything to play for. Drom’s win over Roscrea was a narrow two-pointer and when you couple that with J.K. Brackens’ surprise draw with Kiladangan then the implication is that there’s little separating teams here.

Kiladangan and Drom were the pre-championship favourites to emerge from this group, and that could still be the outcome, though those first round games have inserted some uncertainty. Kiladangan face Roscrea and Drom tee off against Brackens this week.

On the evidence of a fortnight ago group 2 looks much clearer, with Nenagh Eire Og and Clonoulty/Rossmore the hot tips to emerge for quarter-finals. They face each other this weekend, which will surely be one of the highlight games with group leadership at stake. In theory winning your group should give you an easier quarter-final draw so that’s the prize here.

Eire Og Annacarty and Holycross/Ballycahill were heavy losers in their first rounds so avoiding relegation will be foremost on their minds when they clash in the other game in this section.

Group 3 is arguably the most competitive of the four. Here in the first rounds Loughmore were comfortable winners over Moycarkey and Sarsfields dismissed Kilruane with a late surge. The all-Mid clash of Loughmore and Sarsfields this weekend should be a round highlight, with the winner topping the group. Kilruane MacDonaghs will expect to get back on track when they face Moycarkey in the other group game. 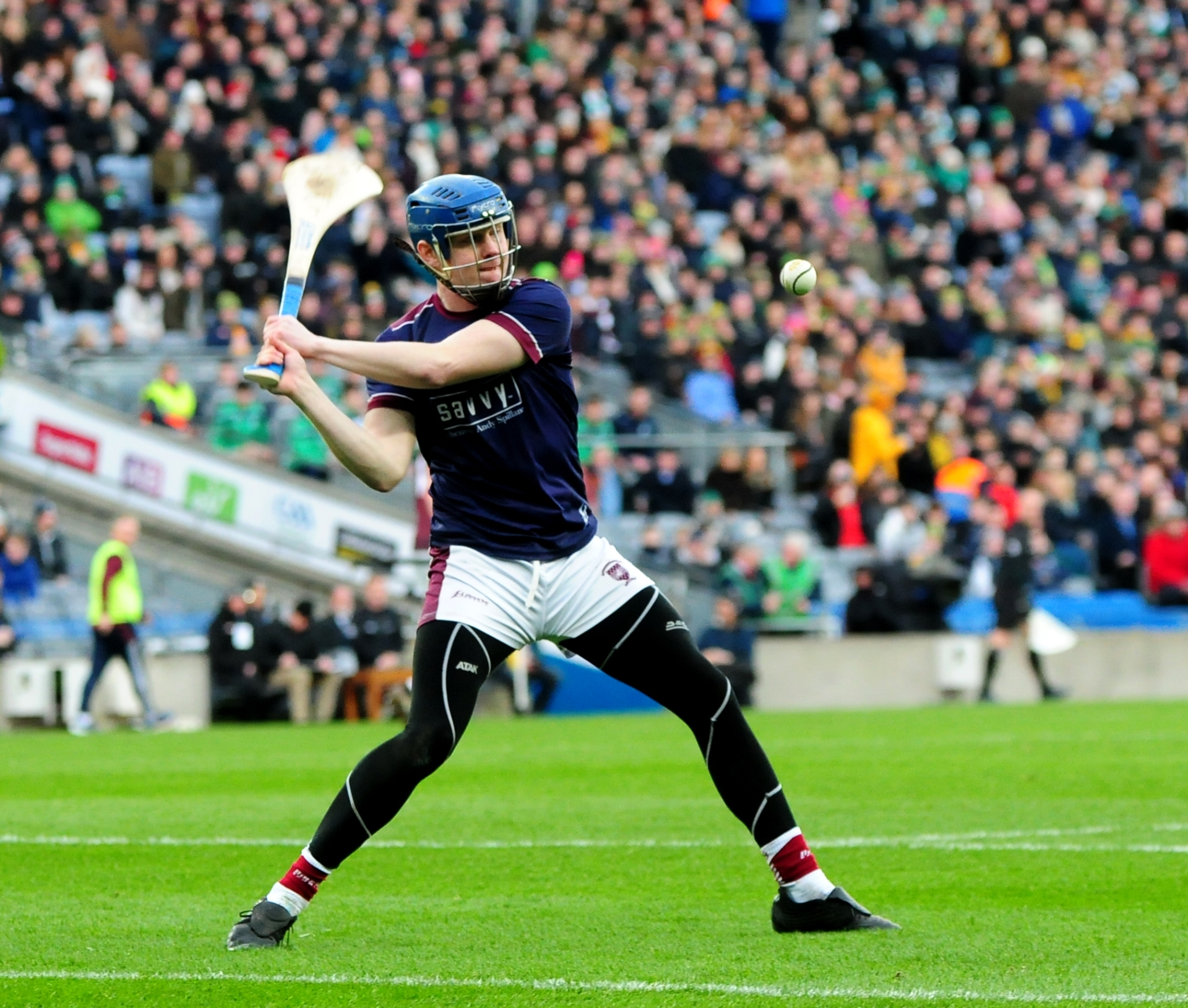 In group 4 reigning champions, Borris-Ileigh should have too much for Burgess but the second game between Toomevara and Upperchurch could be interesting. The ‘Church top the group after round 1 following their victory over Burgess so a quarter-final is within their reach if they can build on that victory. Toome’s draw with Borris’ the last day will have boosted their prospects but they need to follow up now with another big display.

Pre-championship, Borris-Ileigh and Toomevara were probably fancied to emerge and that might still be the outcome, though Upperchurch’s chances can’t be dismissed.

Both the Seamus O’Riain and intermediate championships also face into a crucial round of games this weekend so there’s no shortage of action, whether you’re lucky enough to get a match ticket or have to resort to live streaming.

Before the lockdown Cashel Community School, for the first time in their history, qualified for the All Ireland senior hurling B final where they were scheduled to meet St. Brendan’s Community School, Birr. The game, however, fell victim to Croke Park’s blanket decision to cancel all remaining post primary schools’ games beyond provincial level. Inexplicably all appeals have been denied and the GAA’s management has stuck doggedly to the cancellation, despite the re-starting of games at all other levels.

If there were a whole series of games to be played to complete the schedule then the Croke Park decision might have some rationale, however slight, but to refuse to allow a single match in the senior hurling B just beggars belief.

Have these guys who sit on management any concept of the importance of this match to all concerned? To the players primarily for whom win or lose, this will be a lifelong memory. But also the entire school community and the surrounding clubs and neighbourhoods. All-Irelands are so rare, yet to be denied by such an arbitrary decision seems utterly heartless. These lads are playing with their clubs anyway so what’s wrong with a single game to decide this championship?

It’s a slap in the face to all who promote the games at post primary level and a black mark against Croke Park.