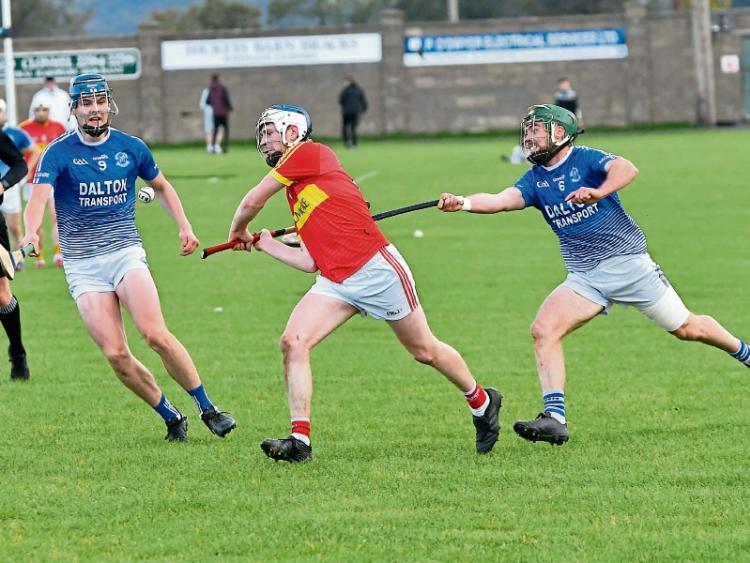 The pause button may be pressed on club activity but, for the moment at least, we can still anticipate the upcoming inter-county season.

All over the country preparations are being ramped up for the provincial and All-Ireland campaigns - though always the shadow of Covid-19 hovers in the background.

The GAA’s decision on Monday to stall all club activity wasn’t entirely unexpected. Modern media is marvellous at bringing games to the public but the downside is that nothing is hidden. When celebrations take place and Covid rules are breached it’s there for all to see.

I suspect the events in Blackrock following the Cork county final win may have been a type of last straw for Croke Park. It was just one of many outbreaks of wild celebrating following a local success.

But timing is everything and coming at a moment when the virus numbers are exploding out of control it may well have been a tipping point for the GAA hierarchy.

The association’s decision to pull the plug on club games was something of a pre-emptive strike ahead of the expected government announcement of further restrictions countrywide.

In fairness, throughout this pandemic association president, John Horan, and colleagues have been out front offering leadership beyond what we’ve seen from either the IRFU or the FAI.

The halting of club activity will be unwelcome news for some. The various divisional championships are in full flow at the moment so teams now have to pause and readjust.

With the future uncertain it’s difficult to keep a focus on training for a competition that may or may not resume. There are also unfinished county competitions at junior, U-21 and minor levels.

It’s unfortunate but there are times when sport has to take a back seat to more pressing matters of life and death.

For the moment the inter-county schedule remains in place, though in this unprecedented time everything is fluid and subject to sudden change.

Liam Sheedy’s build-up to the championship featured a friendly game with Antrim last Saturday at the Stadium. Earlier in the year Tipperary travelled up North for a pitch opening and this was the return game for Darren Gleeson’s charges.

It was a game behind closed doors so I know little of the event other than it took place, Tipperary won the match and all players were given some game time.

There will probably be some surprise that such a game actually took place, given the virus numbers up north. If it was planned for this weekend, for example, I doubt if it would go ahead.

What we can expect from Tipperary and other counties in this year’s championship is what Donald Rumsfeld might label a known unknown.

All county sides have been silent since March so we won’t really know what to expect until the ball is thrown in and action resumes. As a certain ad says past performance is no guarantee of future return.

Things change, teams evolve and yesterday’s recipe will taste stale today. All managers will be trying to add a new dimension to their team, a bit of freshening up here and there with different players impacting.

So, what’s new with the Tipperary panel ahead of the upcoming championship? Actually, not a lot. A few players have been added, others have drifted away but the core of the side remains the same.

John Meagher’s decision to switch codes, presumably following contact by Liam Sheedy, is the most notable development. He’s had an outstanding season with Loughmore so the timing couldn’t be better. At 27 he’s at that now-or-never stage to try a breakthrough, so he’s right to give it a lash.

He’s been here before and it didn’t work out. An unlucky run of injuries was no help the last time so he seems in better fettle now after a few seasons with the footballers.

Making the cut at senior level is the ultimate test. Many are called but few are chosen and the annals are full of exceptional club players who just couldn’t make that final step-up to senior. He’ll have everyone’s best wishes in his efforts.

Kiladangan’s James Quigley has also been added to the panel but Joe O’Dwyer, Killenaule, has left the scene, as has Kilruane’s Jerome Cahill.

It will be interesting to see if anyone new makes the breakthrough onto the starting fifteen. With that in mind there will be much focus on that cohort of players that came through the Liam Cahill school and showed much underage promise.

Last year a number of them made a significant impact coming off the bench in different games, but which of them can now go the next step?

Jake Morris seems best placed of that group but the progress of others will be watched with interest too, especially the likes of Craig Morgan, Paddy Cadell, Bryan O’Mara, Ger Browne, Mark Kehoe, Brian McGrath, Dillon Quirke et al. Paul Flynn’s outstanding club form with Kiladangan will be scanned also to see if it carries through to the county.

Ultimately Liam Sheedy will be hoping that a few of these players step up to the plate so that he’s not totally reliant once again on the heroes of 2019. The return of Bonner Maher should enhance options but Bubbles O’Dwyer has been struggling to regain form after injury.

The difficulty is that there’s no time to test these guys, since the team goes straight into a Munster semi-final on November 1 against either Limerick or Clare. It’s going to be an old style short, sharp and unforgiving season if you’re not ready to hit the ground running.

In club action last weekend Killenaule held off a St. Mary’s rally to book a south final date with Carrick Swans. That final was listed for this weekend but now it goes into cold storage, like all other club fixtures following that Croke Park decree.

That semi-final at Monroe was a game of moderate standard between two sides who were minus county personnel. Mary’s could least afford the losses, especially the absence of playmaker Seamus Kennedy who’s so central to their side. Jason Lonergan too would have given them options on a day when they lacked any cutting edge in attack.

The game’s only goal was pivotal – and disputed. Killenaule got the break 22  minutes into the action with a questionable 20-metre free that Ciarán O’Dwyer stood over and surprised the line of defenders by drilling low to the net. By game’s end it was the crucial flag.

Killenaule, minus Bubbles and the Feehan brothers, were a sweet seven-up at the break. It would have been a more handsome lead but for ten wayward wides in that half.

Declan Fanning and Eoin Shaw came on for second half duty and added to the Killenaule effort, as St. Mary’s made no immediate impression on the lead.

Eventually, however, the Clonmel side finally started to make inroads. They reeled off five unanswered points from Jamie Peters, Gearoid Buckley (three frees) and Richie Gunne to cut the margin to just two.

A grandstand finish looked in prospect but Killenaule did enough to steady the ship. Declan Fanning and Gus Browne retaliated with precious points and even though Michael Murphy got one back for Mary’s a Darragh Fitzgerald free sealed the deal for the Robins in injury time.

A few minutes earlier Killian O’Dwyer saw red for a wayward stroke. It didn’t matter to the outcome here but he’ll now miss the final when - and if - it’s played. 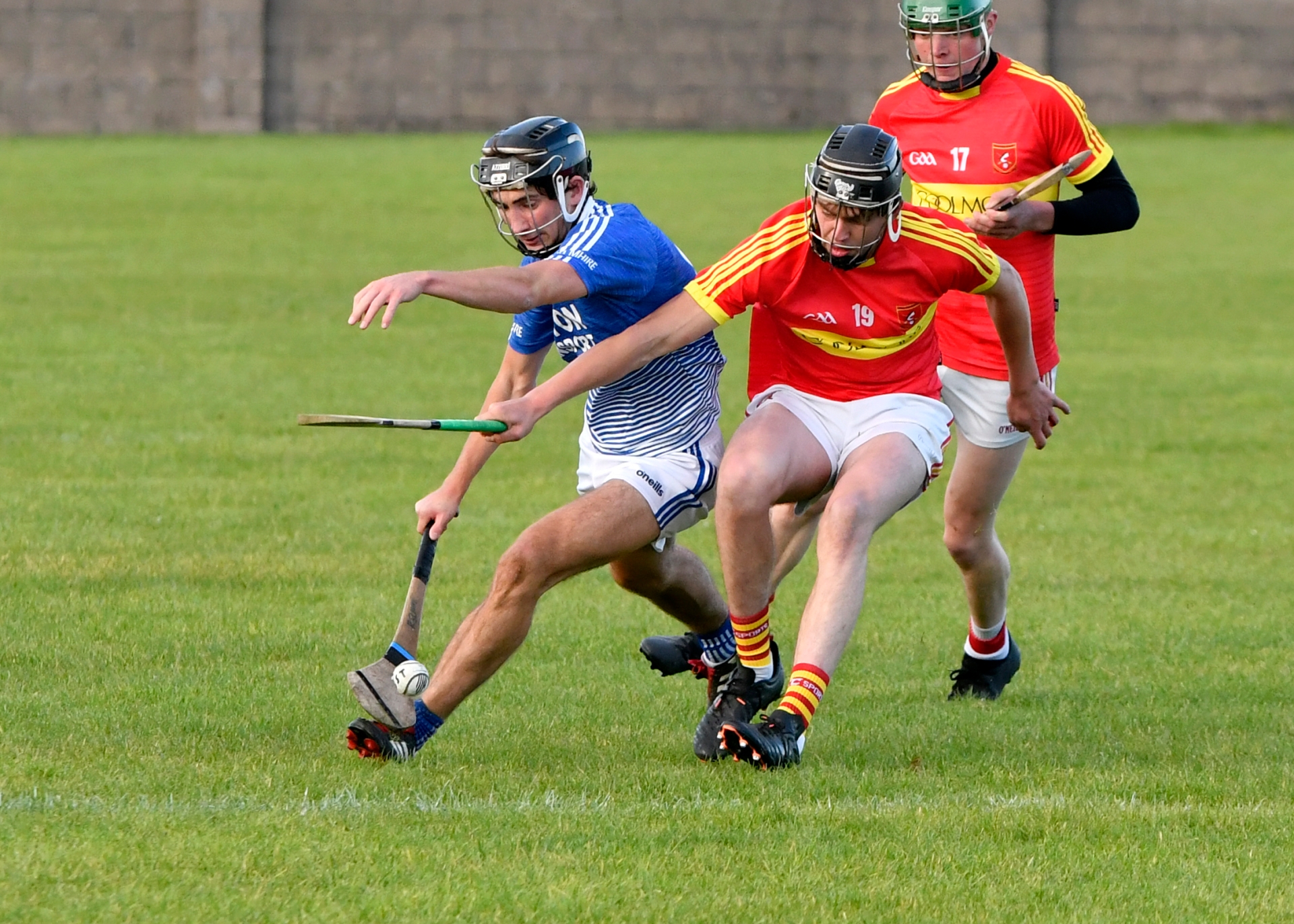 Despite their wobble midway through the second half Killenaule were deserving winners. Their spread of scorers from play indicated their greater capacity against Mary’s over-reliance on the excellent free-taking of Gearoid Buckley.

Finally, in west Tipp Arravale Rovers bridged a 56-year gap that stretched all the way back to 1964 when they took junior A honours in a one-sided contest with Rockwell Rovers at Dundrum on Sunday last.

There may have been exciting finishes in both semi-finals of this competition but the final fell well below expectations, as Rockwell were no match for the Tipp town lads.

It was all done and dusted too early. With the diagonal wind at their backs in the first half Arravale were slick and economical. By the time the first water break came they were nine-nil up, with just one wide on their scorecard.

Johnny Ryan was excellent from frees and Mikey O’Dwyer and Donagh Leahy were on target too, as a procession of scores sailed between the village posts.

Alan Moloney finally got Rockwell on the board with three first-half frees into the wind but they still trailed by ten at the interval.

Hopes of a New Inn revival in the second half never materialised. Johnny Ryan had the first point of the half for Arravale on resuming and the game’s only goal came at the wrong end for neutrals. Donagh Leahy lobbed the advancing goalie and there was definitely no way back for Rockwell now.

Arravale were smarter and slicker in all departments, with Johnny Ryan doing an excellent covering job behind the half-back line in the second half. They’ll now set their minds on a county championship that will hopefully take place next month.

Last year they lost the county final to Carrick Davins so that experience should drive them on this time, assuming this championship gets completed.

It’s all in the hands of the gods and Covid.