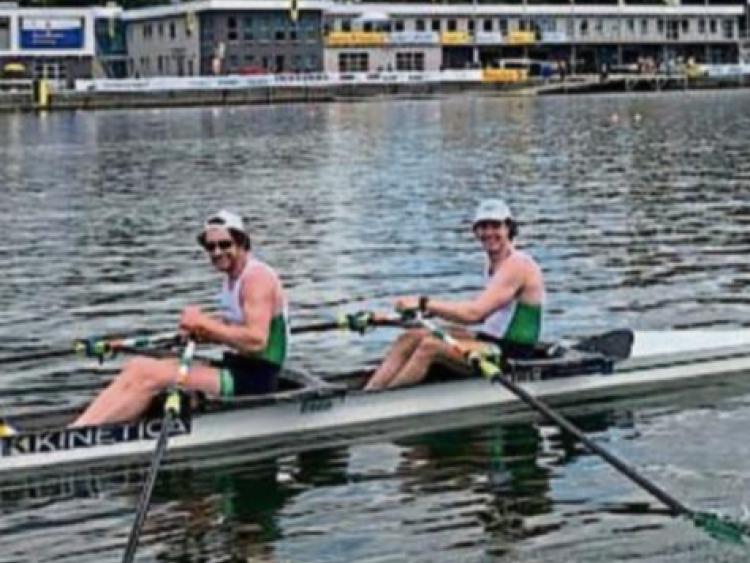 Clonmel Rowing Club's Daire Lynch has won a second European medal in as many months.

Lynch teamed up with Cork's Ronan Byrne to secure a bronze for Ireland in the men's double sculls at the European Rowing Championships in Poznan, Poland on Sunday.

Byrne and Lynch were fifth after the opening marker, but improved to third at the halfway point and maintained that position at the 1,500 metres marker, clocking a final time of 6:21.280.

The Dutch duo of Stef Broenink and Melvin Twellaar won the event in 06:18.690 after overtaking Switzerland, who finished runners-up.

At the beginning of last month Lynch and Byrne won gold medals in the doubles at a European Under 23 rowing event in Duisburg, Germany.

In 2019, his second year at Yale University in Connecticut, Daire Lynch thrived in the highly competitive American system. A team that included the Clonmel rower won the Ivy League championship, an event that stands at the pinnacle of American colleges rowing.

The same year he reached the final of the senior Scull event, finishing in a very creditable second place behind Olympic silver medallist and Lightweight world champion Paul O'Donovan.

A talented rower from an early age, Daire Lynch won three gold medals at the national championships in 2016 - the junior single Scull, the Men's Club single Scull and the intermediate single Scull.

That same year he and Ronan Byrne finished eighth in the junior men's double sculls at the world championships in Rotterdam.