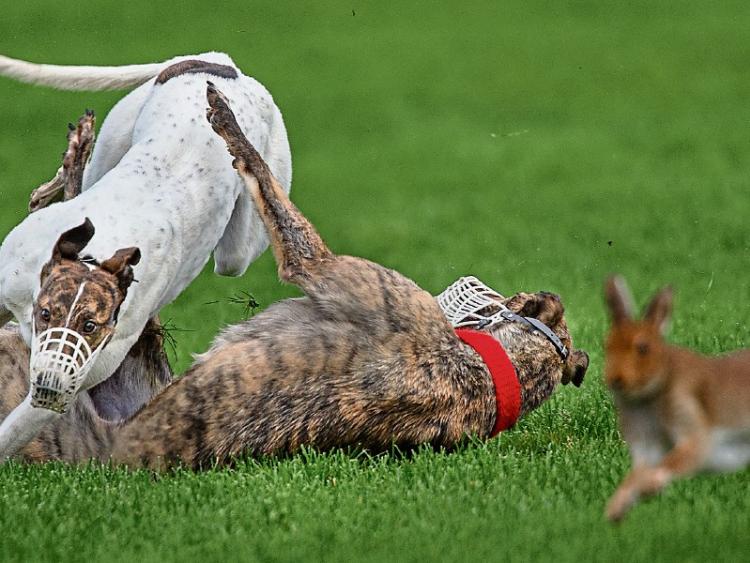 The High Court has been told that it is "unsafe in the current climate" to allow hare coursing take place, and the Government is fully entitled not to allow the sport go ahead.

It was also untrue to say that the coursing is being singled out, and is being discriminated against because members of the Government are opposed to the sport, the court also heard.

Those remarks were made by Michael Cush SC when urging the court not to grant an injunction allowing coursing to re-commence during the current restrictions aimed at combating Covid-19.

The case made for an injunction, counsel added, was unstateable, and the orders sought are mandatory in nature and should not be granted, counsel also submitted.

Counsel said that the Minister had made orders in the public interest to protect public health arising out of what is an unprecedented pandemic.

Counsel added that coursing is quite different from other similar sports, including greyhound racing, on grounds including that it does not take place within enclosed areas or stadia and takes place in large, open areas.

It was also the case, counsel submitted, that the vast majority of sports and sporting bodies are currently curtailed and affected "without complaint" by the Level 5 restrictions.

Mr Cush is acting for the Ministers for Health and Housing in proceedings brought them by the Irish Coursing Club (ICC), after the government decided not to include coursing in a list of activities permitted during the current restrictions.

The ICC is seeking the injunction as part of judicial review proceedings it has brought against the Ministers for Health and Housing, Local Government and Heritage, because the annual coursing season is due to finish at the end of February.

The ICC, represented by Martin Hayden SC, and Eoin O'Shea BL, say the Minister's decision to delist coursing as a permitted event was "absolutely lacking in transparency" and discriminated against those involved in coursing.

The ICC says while its activities were delisted other similar sports, including its sister sport greyhound racing, as well as horse racing and other equine activities, were allowed by the government to proceed.

Counsel said that while the Government was in a position of being criticised no matter what steps it takes to deal with Covid-19, the ICC believe that coursing should be treated fairly and the same as related sports, particularly greyhound racing and equine sports.

Counsel compared the decision to delist it as like allowing rugby union, a sport associated with private schools, go ahead while not allowing rugby league, which is more a working class game, to be played.

Counsel said that the ICC's membership believe coursing is being treated unfairly because members of the Government, including the Minster for Health Stephen Donnelly, want the sport banned.

Counsel said that while somebody may "hate coursing to their toe" it was not permissible in a democracy to stop a legitimate legal activity from taking place just because Government doesn't like coursing.

The judge, who acknowledged the urgency of the application, said she hoped to deliver judgement as soon as possible.

Earlier this month the ICC, which regulates hare coursing in Ireland, launched a legal challenge against the state's failure to include it in a list of activities allowed to operate during the current Covid-19 restrictions.

In its action the ICC seeks various declarations and orders from the court, including one setting aside the Minister for Health's decision to delist coursing set out in statutory instrument under the 1947 Health Act.

The ICC says coursing was allowed take place before Christmas, due to its inclusion on a Government-approved list of permitted sports. When the government announced its latest round of restrictions on Christmas Eve, coursing was delisted.

No reasons were given for coursing's delisting, it claims.

The ICC says its exclusion from the list of permitted sports is flawed, irrational and unreasonable on grounds that the Minister for Health Stephen Donnelly decided to delist coursing without consulting either the Departments of Agriculture and Housing, Local Government and Heritage.

Those departments are responsible for coursing, the ICC claims. It also alleges that the decision to delist it is tainted by a perception of bias because Minister Donnelly had in 2015 voted in favour of legislation banning coursing.

The ICC also alleges that in advance of the delisting decision Minister Donnelly had consulted with Green Party Ministers Eamon Ryan and Catherine Martin, who also want coursing prohibited.

The Ministers deny all the ICC's claims.