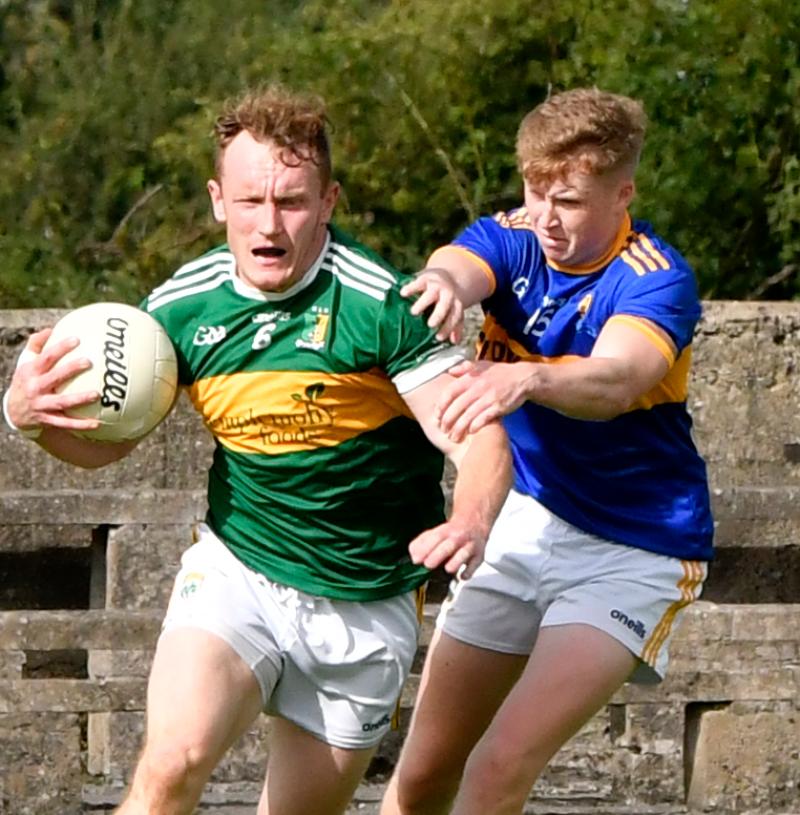 Kilsheelan Kilcash had a comfortable victory over Moyne Templetuohy to put them top of the table in their group in this county senior football championship game played in Cashel on Saturday last.
While Kilsheelan Kilcash will be happy to take a win from this game, they will look back on their display as a story of lost opportunities.
In command of the ball for long periods, they missed at least four goal chances through failure to control the ball at close range or kicking wide in front of goal.
The game was played on a beautiful sunny day in excellent conditions but the entertainment value was minimal, as there was far too much lateral play, with Kilsheelan Kilcash particularly concentrating on this style of play, which was frustrating for their inside forward line who had the measure of their opponents. The ball was far too slow coming into them to get the desired result.
Moyne Templetuohy, on the other hand, were in defensive mode for long periods and it was hard to find a chink in their armour to get the ball through.
Although not up to the standard of their opponents, they played a bit more directly and scored some fine points from distance.
Kilsheelan Kilcash dominated the early stages of the game and points by Jamie Roche and Martin Gibbs put them into an early lead.
A goal by Paul Maher ten minutes into the game extended their lead and when Barry Kehoe pointed a close -range free it left the score at the first water break Kilsheelan Kilcash 1-3 Moyne Templetuohy no score.
As happens in many games, the water break can change the trend of the game and Moyne Templetuohy upped their performance when play resumed.
Conor Bowe sent over a fine point, followed by a pointed free from John Hassett.
Billy O’Connor replied for Kilsheelan Kilcash and Evan Comerford sent over a forty five to extend their lead.
Moyne Templetuohy finished the half stronger with points by Conor Bowe and John Hassett’s free, and a fine point by centre back Tom Meade to leave just three points between the sides at the break, Kilsheelan Kilcash 1-5, Moyne Templetuohy 0-5.
Kilsheelan Kilcash started the second half in style and attacked strongly.
Barry Kehoe had a great goal chance snuffed out when he failed to connect fully with a cross field pass and the chance was lost.
Jamie Roche had two great points within minutes and following a quick attack by Moyne Templetuohy, Evan Comerford pulled off a great save from point blank range.
It was a big let-off for Kilsheelan Kilcash, as a goal at that stage would have brought Moyne Templetuohy back into the game.
Barry Kehoe and John Hassett swapped points, both from close range frees, while Sean Martin and Paul Maher added a point each for Kilsheelan to leave the score 1-10 to 0-6 at the second water break.
Moyne Templetuohy tried hard to reduce the deficit in the closing quarter and outscored their opponents by four points to two, as the minutes ticked away.
Points by Conor Bowe and Tom Meade reduced the deficit but a great run by Mark Kehoe finished with a point, and an Evan Comerford pointed free put Kilsheelan Kilcash in the driving seat again.
Moyne Templetuohy threw everything at the game in the last few minutes and were rewarded with a point from play and one from a free by Johnny Hassett to leave five between the sides at the final whistle.
Moyne Templetuohy now face Ballyporeen in their next game while Kilsheelan Kilcash play Eire Og Annacarty Donohill.
Kilsheelan Kilcash: Evan Comerford 0-2, David Corcoran, Eoin Kehoe, Jason Madigan, Martin Gibbs 0-1, Mark Stokes, Bill Maher, Cathal Kelly, Mark Stokes, Billy Murphy, Billy O’Connor 0-1, Mark Kehoe 0-1, Sean Martin 0-1, Jamie Roche 0-3, Paul Maher 1-1, Barry Kehoe 0-2.
Substitutes: Sean Ryan for Martin Gibbs, Aidan Keane for Billy Murphy, Luke Kiely for David Corcoran, Eoin Kelly for Bill Maher, Conor Davin Murphy for Paul Maher.
Moyne Templetuohy: Odhran Lloyd, Mark Ryan, John Coghlan, Eoin O’Gorman, Pierce Meade, Tom Meade 0-2, Louis Everard, Donnacha Dunne, Tomás Hamill, Tom Hassett 0-1, Conor Bowe 0-4, Jack Taylor, Sean Hayes, John Hassett 0-3, Eanna Guilfoyle.
Substitutes: Joe O’Grady for John Coghlan, Diarmuid Fogarty for Sean Hayes, Ciaran Lloyd for Tomás Hamill, D Leahy for Pierce Meade, Niall Russell for Eanna Guilfoyle.
Referee: David Grogan (Aherlow). 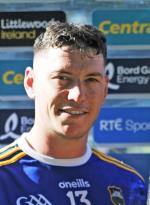