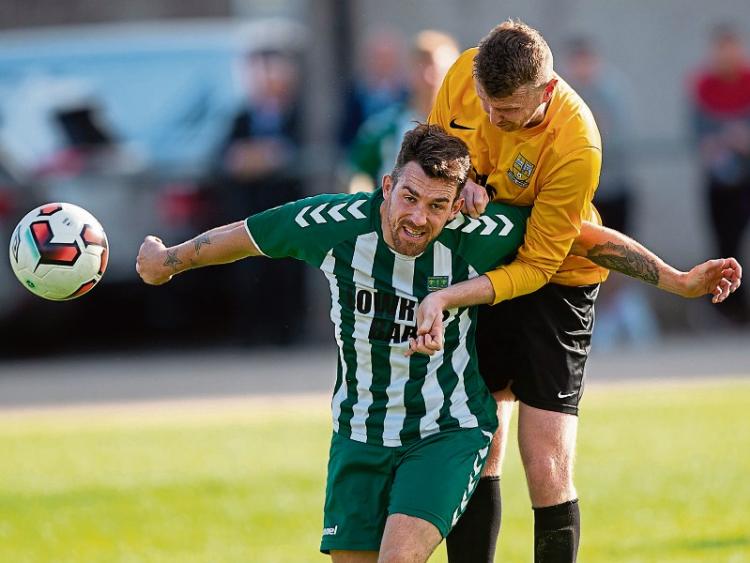 A dominant first half display from defending champions St Michael’s ensured they picked up all three points in Clonmel on Saturday night against a young Town side, as football returned to the TSDL after four months away.

Already underdogs before a ball was kicked, the home side’s cause was made even more difficult just before kick-off when Eoin Power was injured in the warm-up.

On top from the first minute, the Saints were camped inside the Clonmel half with Colin Bargary dictating the play and Jimmy Carr and John Connery providing the goal threat.

However, despite playing the better football, St Michael’s eventually made the breakthrough from a set-piece. Always a danger in the opposition box, former Junior International Paul Breen rose highest and planted his header past stand-in Town keeper Dillon Guiry on the 13th minute.

Chances came and went before Jimmy Carr doubled the lead after finishing a long pass from Colin Bargary, and it was soon 3-0 when Carr added his second from the penalty spot.

Not to be outdone, Breen got his brace too, again on hand to score when the Town defence failed to clear a set-piece delivery.

By now the new Town management team of Barry Ryan and Levi Whelan must have been fearing the worst but after some tactical changes and the introduction of Keith Cashman, Town were much improved in the second half. A competitive ending saw both sides use their full complement of substitutions but neither team could make a breakthrou