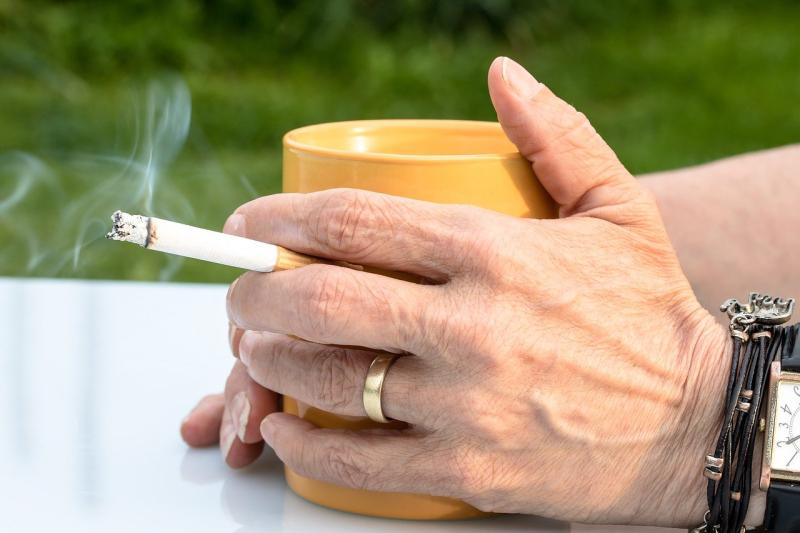 A Green Party councillor has called for smoking in outdoor dining areas to be banned.

Councillor Erika Doyle has said that the "vast, vast majority" of reactions to her viral tweet on Saturday calling for a smoking ban in outdoor dining areas have been positive.

Speaking to Newstalk on Monday, Doyle said that she has expected the opinion to be "unpopular", however, she received mostly positive feedback on the social media app.

Over the weekend, Doyle penned on Twitter: "Unpopular opinion but I stand by it - smoking should be banned in all outdoor dining areas."

Doyle said that she decided to take to Twitter after someone lit a cigarette while she was dining outside with her daughter on Saturday.

Unpopular opinion but I stand by it - smoking should be banned in all outdoor dining areas.

“We were sitting there having a lovely meal, the sun was out, and it was a really nice atmosphere in an enclosed outdoor dining area," she said.

“Suddenly, somebody lit a cigarette and straight away, the whole atmosphere changed. It was really unpleasant.”

The councillor added that she believes "the days of outside being a smoking area are gone" as "outdoor dining is different to a smoking area".

“I know some places have a smoking and a non-smoking outdoor area," she continued.

"But, someone on the Twitter thread said that’s like having a peeing area in a swimming pool, which I thought was quite funny because it’s true.”

Doyle said that when she discussed her belief that outdoor dining areas should implement a smoking ban before "it did seem to be an unpopular opinion".

“It certainly wasn’t me or my profile, it was the conversation subject matter.

"The vast, vast majority of people were in support of it.”