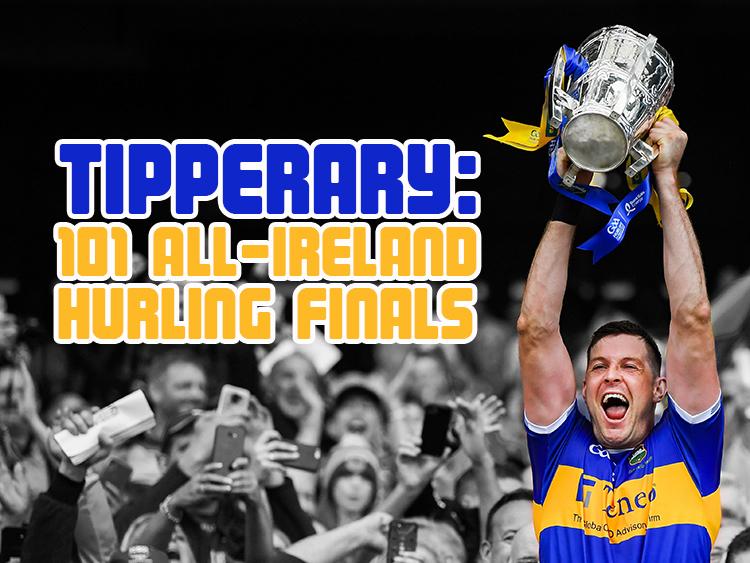 Between minor, under-20/21, intermediate and senior championships Tipperary teams have competed in 101 All-Ireland hurling finals - 952 different players have represented the Premier County on All-Ireland final day; 557 in one final, 189 in two finals, 97 in three, 46 in four, 22 in five, seventeen in six, seven in seven, five in eight, six in nine, two in ten, two in eleven, one in twelve and one in thirteen. But can you guess who has appeared in thirteen All-Ireland hurling finals for Tipperary?

Two of the current Tipperary panel, namely Pádraic Maher and Brendan Maher, are within striking distance on eleven final appearances.

Here is a list of the men who have appeared most in All-Ireland hurling finals for Tipperary: