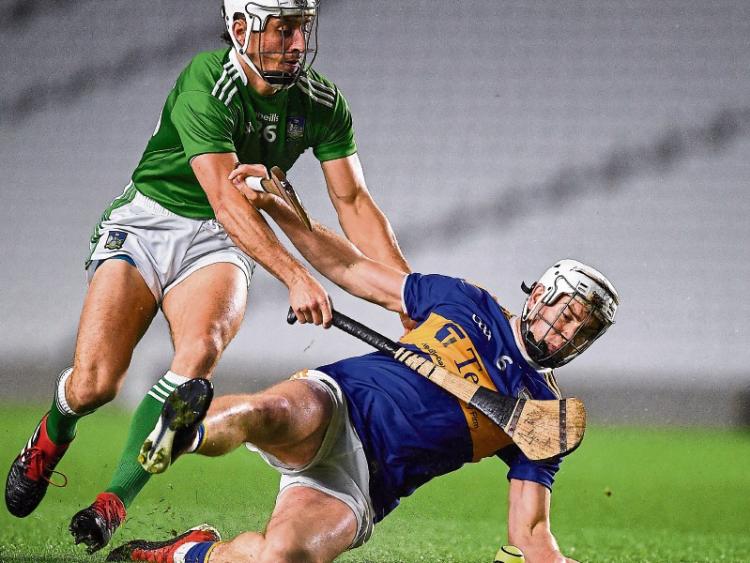 Will it be the winter of our discontent, to borrow the Shakespearean quotation used by many; it was the title of Steinbeck’s final novel.

The winter certainly blew in with a vengeance last weekend and Tipperary got blown out of Munster. Not quite a shipwreck, perhaps, but the Premier ship is certainly listing badly after this buffeting.

Wind and driving rain made for testing conditions but Limerick were the ones who adapted best. Their surer touch, added to their characteristic energy and drive, undid a Tipperary side that displayed all the sharpness of a team embarking on a first league outing rather than a crunch championship tie.

We opted to face the elements in the first half but from early on the contrasting demeanours of the teams signposted the day’s fate. Limerick were playing as we expected they would, pumped up and primed for collision. Tipperary, by contrast, seemed less ready and unsure of touch and movement.

Just two minutes in and Gearoid Hegarty ghosted away down the wing on his lonesome, as they say, where a pass picked him out and he duly posted an easy point. Where were the Tipperary trackers so early in the action?

Efficiently and remorselessly Limerick hit a string of early points undeterred by the elements. Tipp stayed in tow, principally off Jason Forde frees.

Midway through the half Liam Sheedy did a little rain dance on the side line. The reason? A Tipperary goal. And it was a thing of beauty on an ugly afternoon. Callanan got free and found Morris with a deft little lob over the defender’s head. Jake turned in and anticipating the hook let the ball drop and, one-handed, flashed it past Quaid.

Into the elements this was a massive lift – but it was short-lived. You’re often at your most vulnerable following a major score and so it proved here for Tipperary. From the puckout Tom Morrissey sent a high one down on top of Gillane and Ronan Maher. In the jostle the Tipp man lost stick and ball, as Gillane took possession and toe-capped a cancelling goal.

That was a sickener for Tipperary, the benefit of the goal instantly erased. However, despite playing second fiddle they were still in touch until the final minutes of the half. Then Limerick hit a mini surge, posting five unanswered points. The gap was nine at the break – large but not hopeless given the elements.

By game’s end the margin would still be nine after an eventful half. The first three flags after resuming were all Tipperary’s, hinting at a resurgence now with wind backing. Mark Kehoe could have kept the rally going when getting possession in oceans of space but he went on a futile solo, lost possession and was promptly replaced by Michael Breen.

Limerick hit back before Gillane landed his second goal from a penalty after Barrett grounded Hegarty. In the lead-up Paudie Maher fumbled and he too now paid the price of management annoyance, with John Meagher called in as replacement.

It seemed the final nail but Tipp kept tugging away and refused to let the lead drift into double digits. John McGrath’s goal, off Noel’s pick-up, kept hopes simmering but all the while Limerick were the more productive side, with Cian Lynch and Aaron Gillane the individual stars.

And the production line now got a major boost with the arrival of subs Flanagan, Ryan and Reidy, all adding to the scoreboard. In the end Seamus Flanagan had the final score, a fortuitous goal, after naïve defending from Meagher in the lead up.

It was nine at the end and that margin was an accurate enough reflection of the difference. If John McGrath’s goal should have been cancelled for the pick-up then so should Gillane’s penalty for Hegarty’s steps.

Through it all, however, there’s no escaping the fact that this was a downright poor showing by Tipperary. All the big names we’ve become accustomed to relying on were found wanting this time. Our touch was terrible. The pace of our actions well short of championship tempo. Our decision-making was poor, we floundered and fumbled the entire way through.

Not since a certain May day back in 2010 and one Aisake Ó’hAilpín has Paudie Maher endured such a turbulent day in the Tipp jersey. The fact that he had been treated for a knee issue in the past weeks offers some context and, in any case, given his record of incredible consistency over the past decade it’s difficult to be critical in this instance.

His brother, Ronan, and Brendan Maher were only marginally better. There’s the heartbeat of the team struggling, so we can be kinder in our assessment of others like Sean O’Brien, who saved a definite Gillane goal in the first half and overall had good moments as well as bad.

You’d have sympathy too for the forwards in these conditions and given the limited supply that came their way. Jake Morris took his goal superbly – he really is a goal poacher by instinct – and Callanan had moments of impact but, overall, there was no consistent threat.

Of the substitutes Michael Breen did best and many people wondered why Dan McCormack wasn’t involved earlier, given his battling qualities for these conditions.

Goalie, Brian Hogan, did well with several useful stops to his credit – that final goal off a freakish mis-hit was the type that would catch out most ‘keepers. Nor would I be critical of his puckouts, which had a good mix of short and long and were at the mercy of a lack of movement by outfield players.

The silliest analysis I read was in one of the Monday dailies, going on about the need for short puckouts and working through the lines against this Limerick side. Some of these pundits just love trying to sound technical and sophisticated when in reality they’re spouting rubbish.

Any tactic, short puckout or otherwise, is predicated on outfield players being on top of their game and able to execute the tactic. That just wasn’t happening for Tipperary on Sunday.

Incidentally Tipperary’s first goal came off a short Limerick puckout that was turned over. In those conditions short puckouts carry extra-high risk.

Anyway, Monday morning’s qualifier draw handed Tipperary a first-round bye. Even though it would have been nice to get back on the horse again quickly with a qualifier against Laois, like last year, the break of a fortnight is probably welcome.

Bonner should be recovered from his hip injury by then and it also gives time to Seamus Kennedy and Barry Heffernan, the latter limping off with a hamstring injury on Sunday. So, we have a pause now before the last chance saloon, which could determine just how discontented our winter will be. 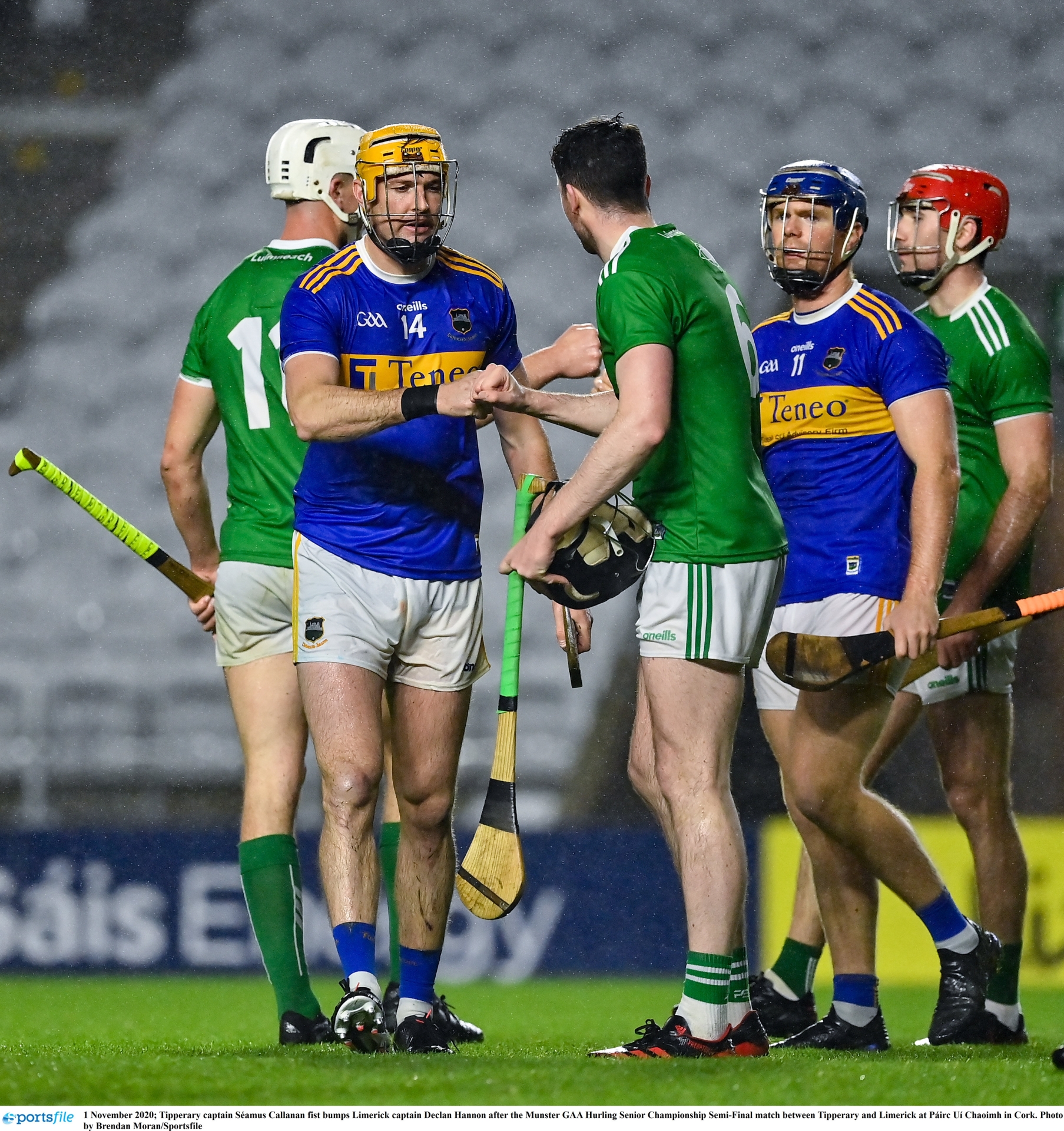 Meanwhile, locally things are anything but quiet on the western front at the moment, with the place abuzz last week as news broke of five transfer requests from Kickhams to Cashel K.C. In normal circumstances transfers might draw only passing interest but this case was different, four of the five applicants being All- Ireland medal holders.

Internal club squabbles are nothing new in the GAA but they normally remain inhouse and are worked through within those confines. The dispute in recent times involving the Mullen family and Ballyhale Shamrocks in Kilkenny was a case in point.

Attempts to mediate in this Kickhams case were brokered by two well-respected former county chairmen, Con Hogan and Sean Nugent, in partnership with Kickhams’ own Roger Kennedy. At one stage the mediation appeared to be making progress but then it hit a crux and things went into abeyance due to Covid restrictions. Then came the bombshell announcement that five were transferring.

The profiles of the players involved makes this a story that resonates beyond the county boundary. Ger Browne has the perfect set of All Ireland medals - minor, U21 and senior.

His is a story of underage promise that carries hope of progress to senior fruition. He earned high praise when coming off the bench in last year’s All Ireland final, though he wasn’t on the panel for last Sunday’s match.

His brother, Aaron, won Liam Cahill’s trust last year and he repaid the manager’s faith with some excellent displays in the U20 All-Ireland campaign. He was again in goal for this year’s first round win over Clare with his cousin, Devon Ryan, also playing a key role in that victory.

Devon’s brother Nathan was a 2016 All- Ireland minor medallist. Now all four are seeking transfers to Cashel K.C.

These are talented players who should have bright futures in the game but this split with the club is unlikely to do anyone any favours. The history of breakaways from clubs in the GAA is not good.

Unlike other field sports there’s a visceral attachment to place and belonging in the GAA; it’s about neighbours and friends and school mates and those bonds are for life.

The role of Cashel K.C. in this controversy hasn’t gone unnoticed either. There’s been some tension between the clubs in recent times, including a major burst-up at the end of this year’s West minor hurling final. These latest developments will hardly add balm to those wounds.

I suspect there’s not universal agreement within the King Cormacs so it will be interesting to see how matters eventually pan out.

Overall, this is a messy scenario. Back in the 1970s there was another big fracture in the Kickhams club, the scars from which are still raw today almost 50 years later. This latest dispute has the potential to leave a similar legacy if it’s not resolved.

There’s time and space between now and year’s end for wiser counsels to prevail – hopefully they will because otherwise there will be no winners.